Ocean Beach is a very special spot for Roger and Angie (and their super cute dog Zeus!). The beach is just a short walk from their home in San Francisco, and it’s where they’ve spent a lot of time together and built many of their relationship memories. It would be the perfect spot to mark that next step in their life together.

Roger had originally planned to take Angie out for a walk, just as they always do, and then he’d propose on the beach. But the surprise was actually better than that — before the big day, Angie first suggested that they go for a walk, and Roger quickly texted me to ask if I’d be available that day instead. And I was! So now it was her plan to go to the beach, and Roger just had to go along with it.

When they arrived, the beach was nearly empty, and they had the space pretty much all to themselves. (And me… sorry for sneakily third-wheeling!) As they reached the edge of the water, Roger let go of Zeus’s leash, dropped to one knee, and popped the question. Take a look at the story in these photos below! 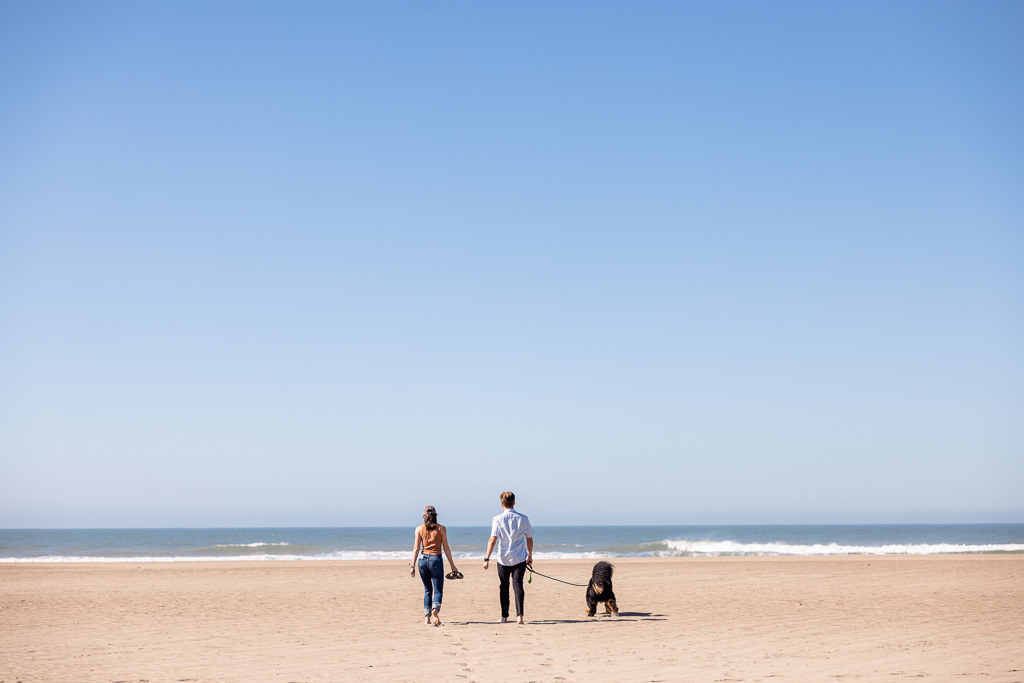 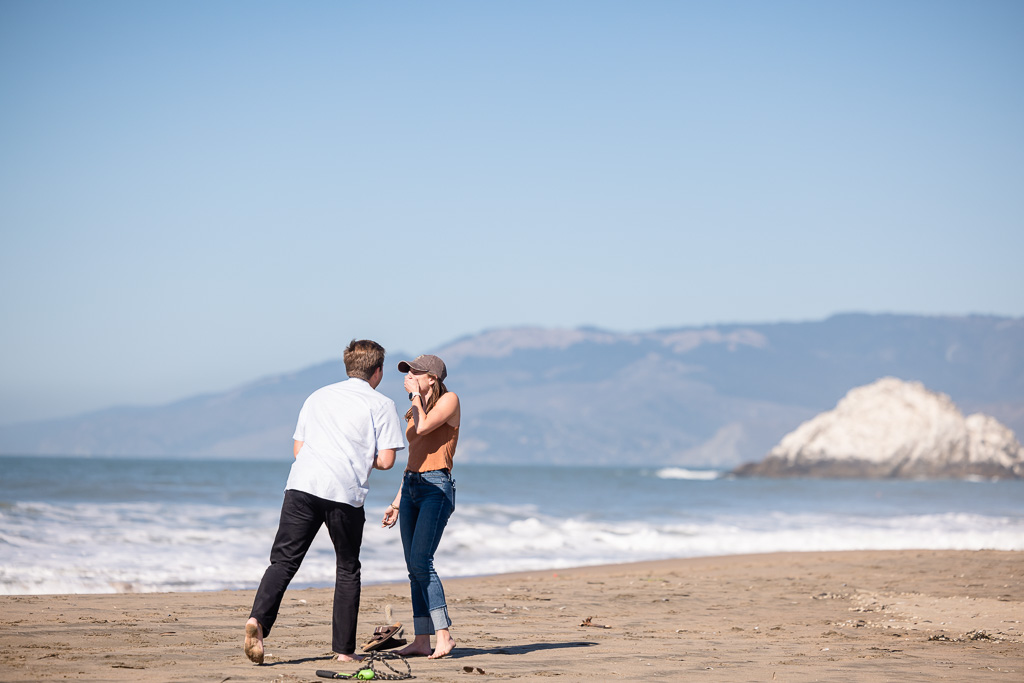 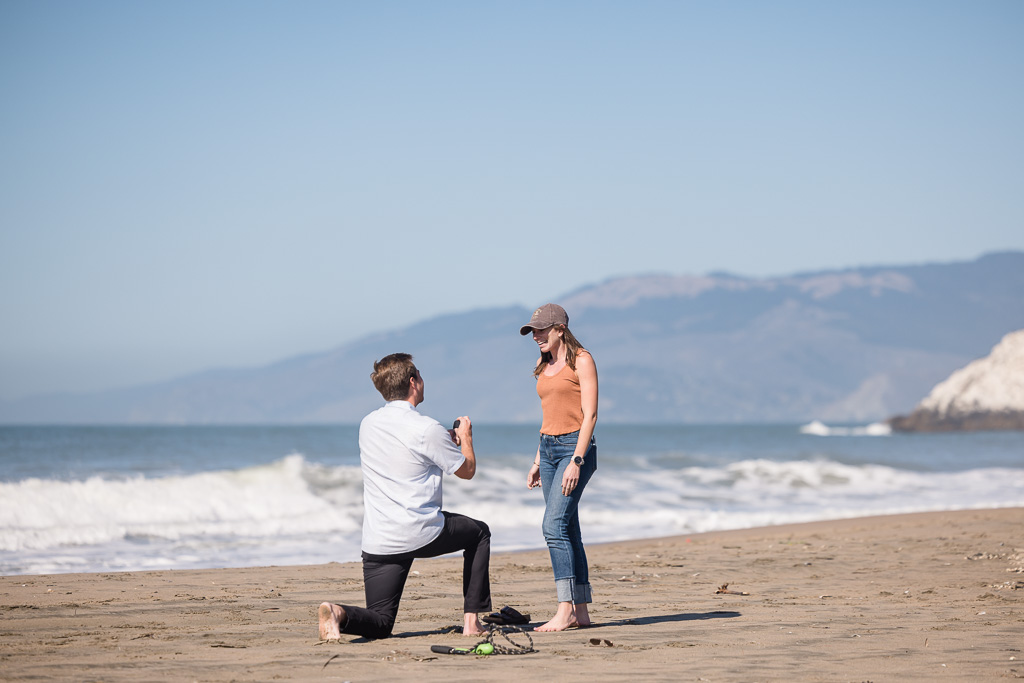 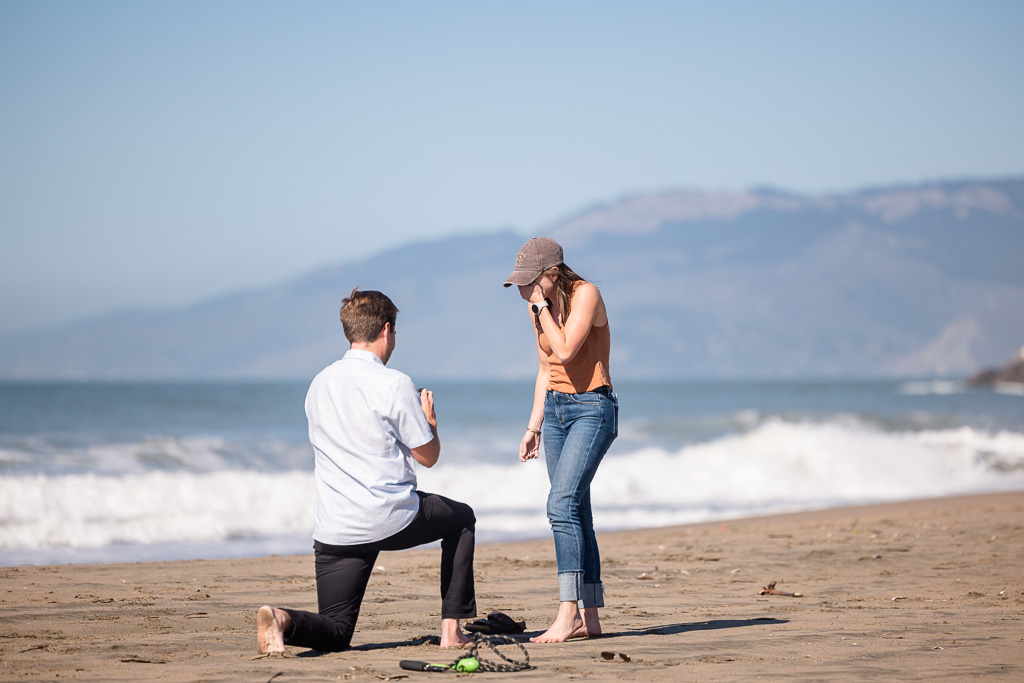 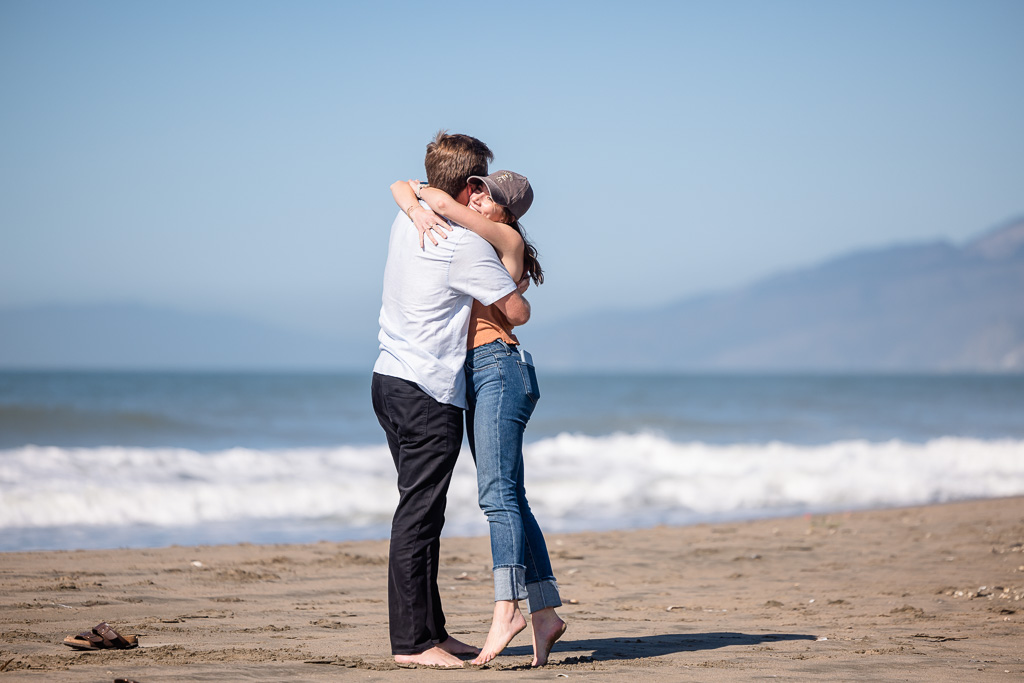 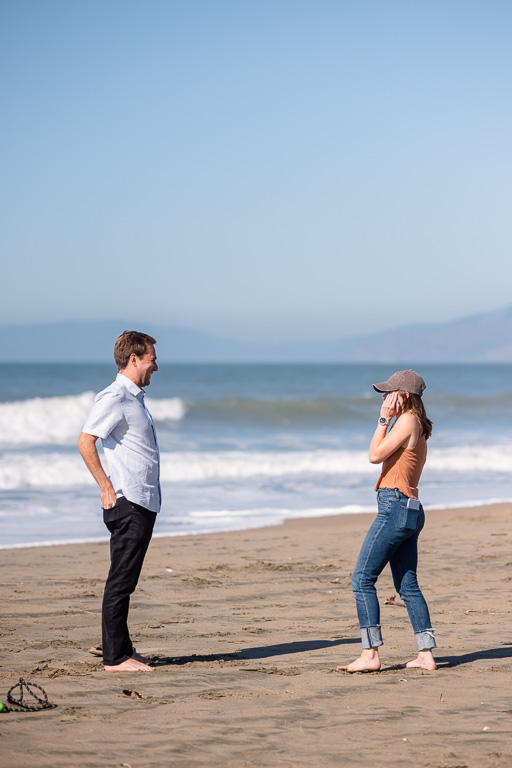 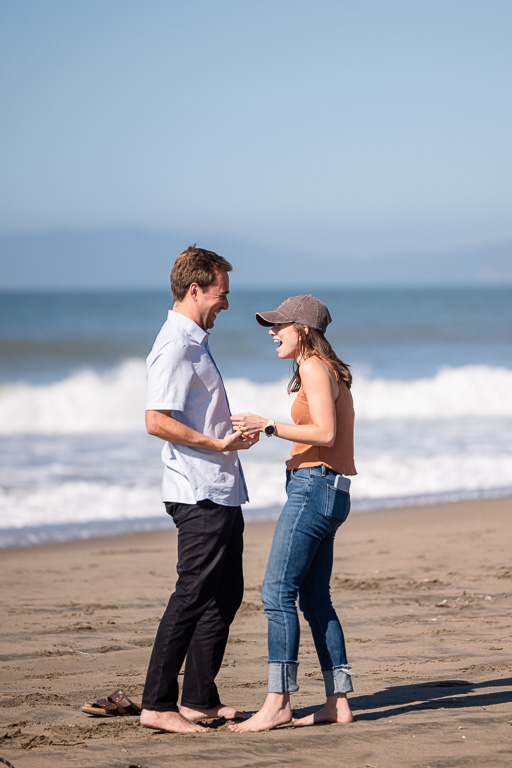 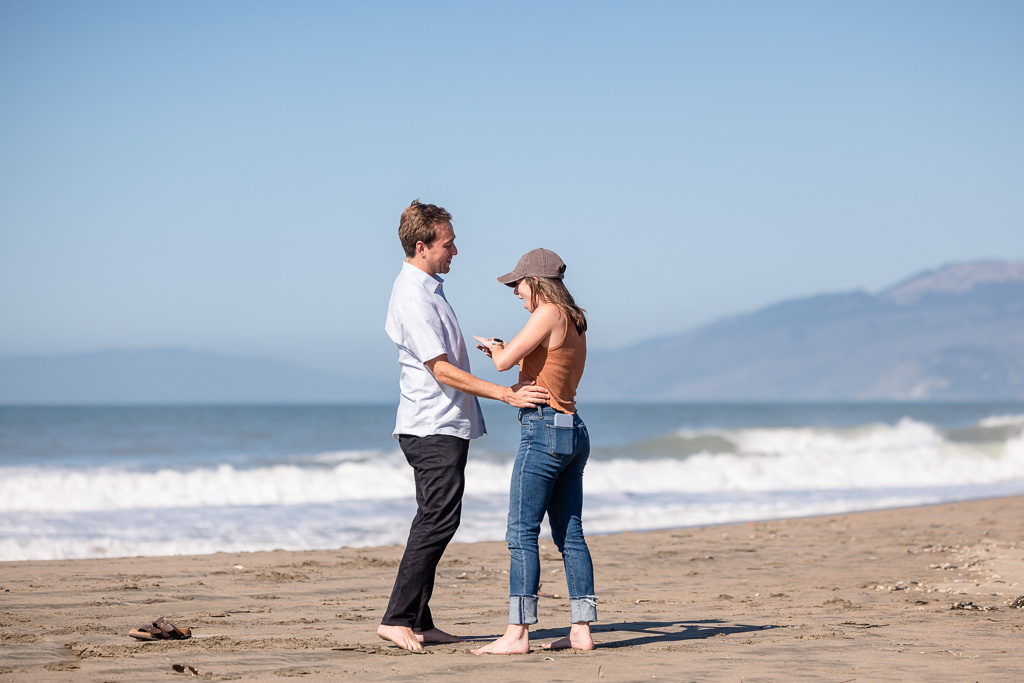 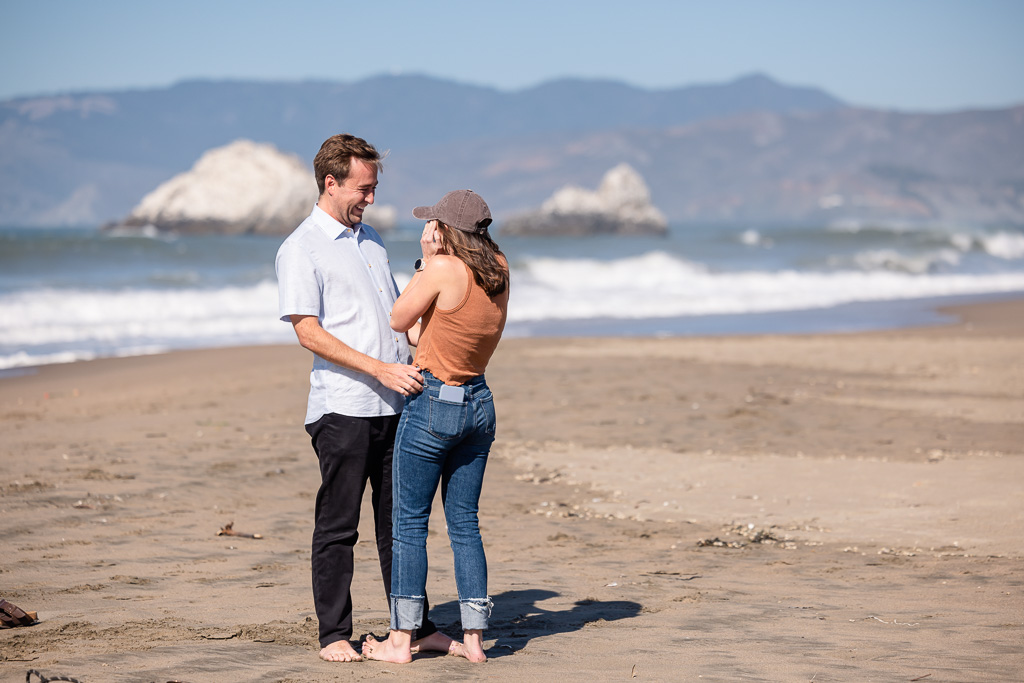 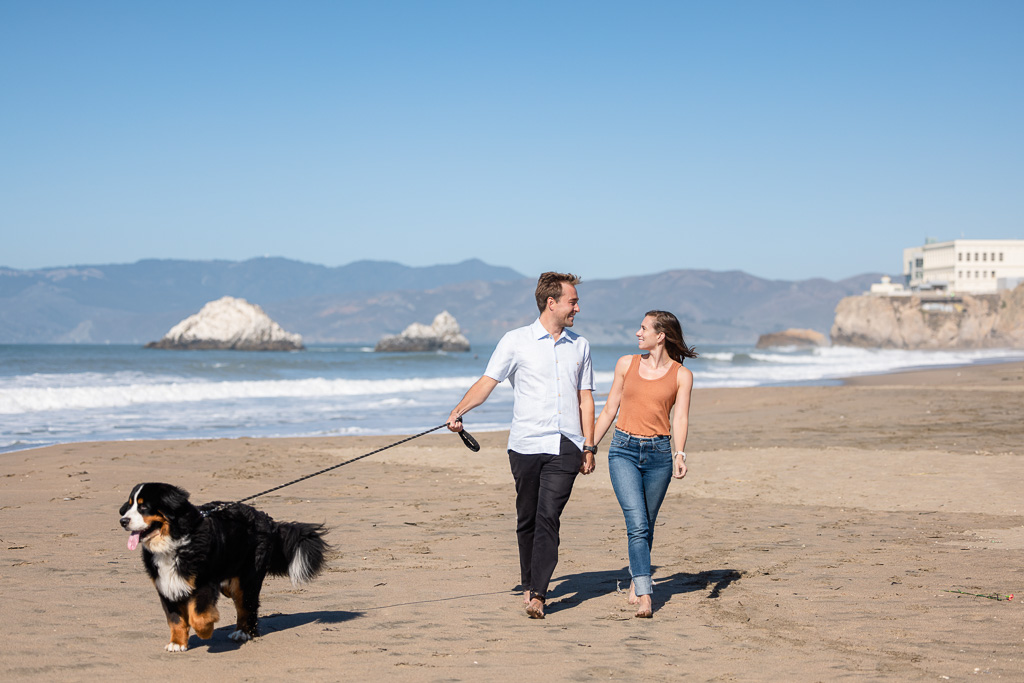