David and Callie first met while both going to school at Berkeley, and while they no longer live in the area, it would only be appropriate for them to return and have this special place mark the location where they would get engaged. To that end, David chose to plan his surprise proposal at the Berkeley Rose Garden, with family quietly waiting in hiding.

His sister Marta (the best proposal planner ever by the way) had brought along some decorations, and while David and Callie were on their way, we helped her arrange the candles, flower petals, and the rest of the decor to be picture-perfect. Although by this point in the day Callie was pretty sure a proposal was coming up soon, she was still very pleasantly surprised by how thoughtful it all was!

And there was actually a little unexpected surprise, even for David: he had really wanted a Corgi to be present, as that’s their relationship mascot. (He had asked if, in addition to photo/video, I could procure a Corgi for him… I offered my Maltese, but she didn’t quite hit the mark 🙁) Marta managed to actually make it happen! She found a person walking his Corgi around the garden, and they were nice enough to stay for the proposal to make it extra special.

Big congrats to David and Callie! Scroll down to take a look at the photos and video 🙂 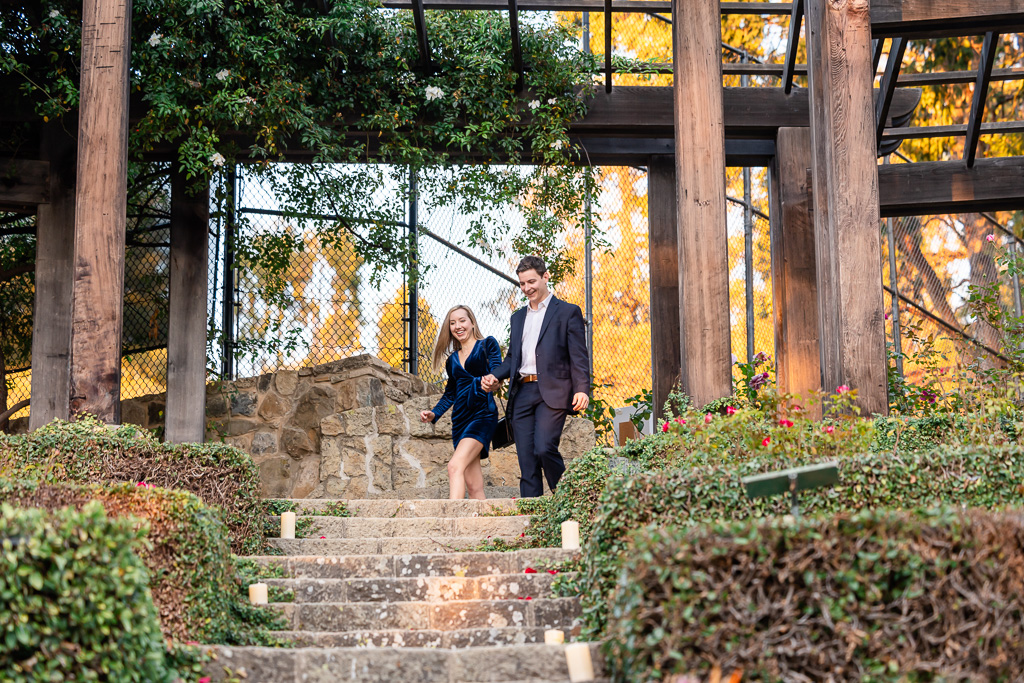 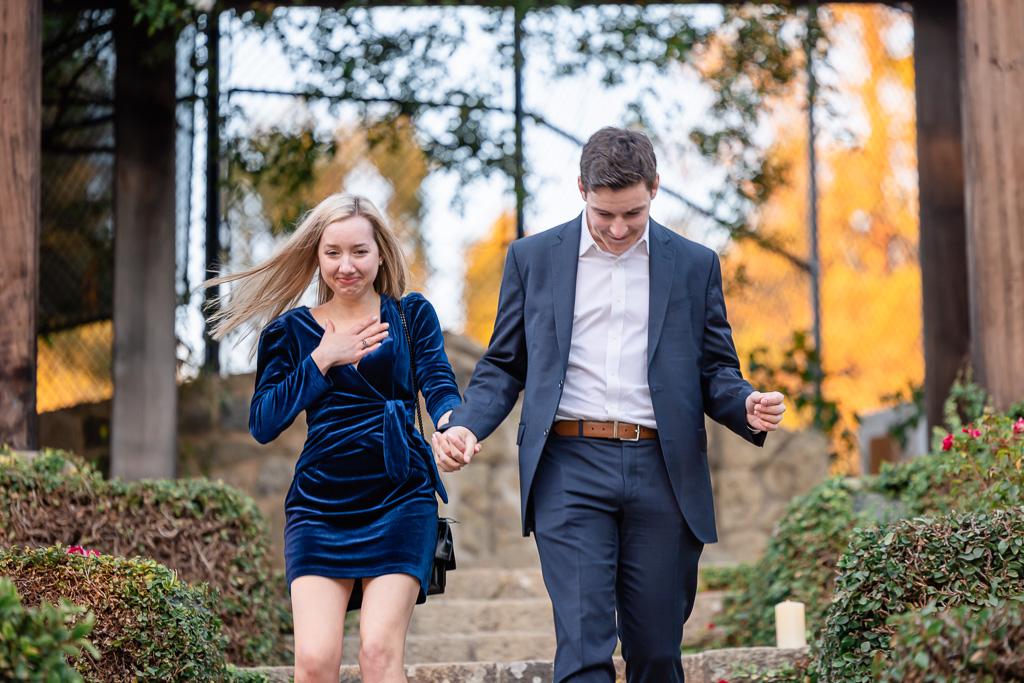 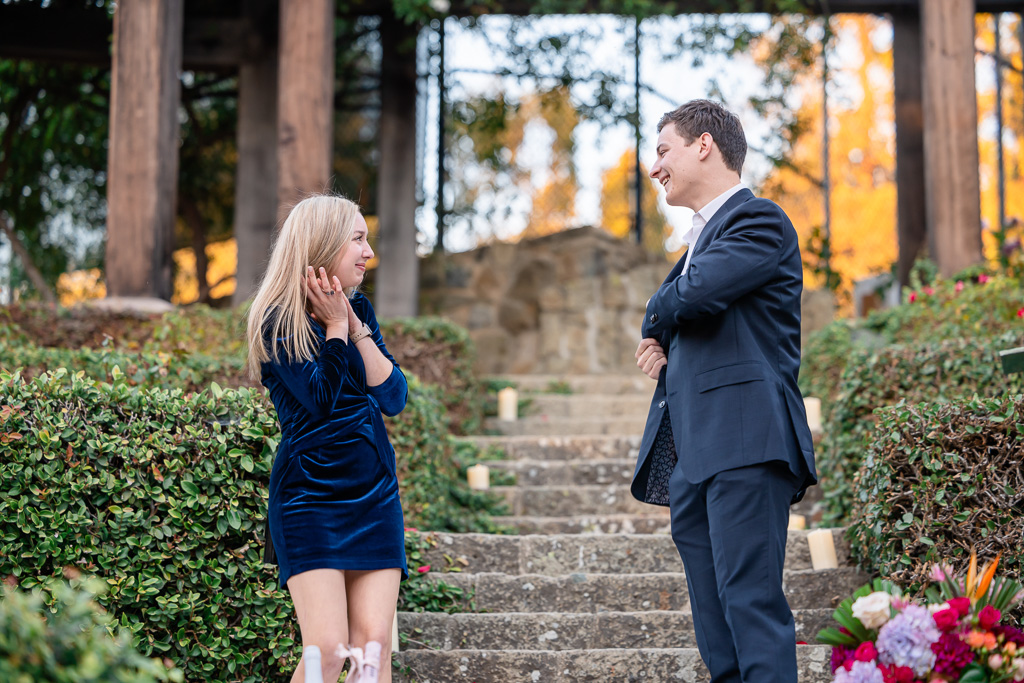 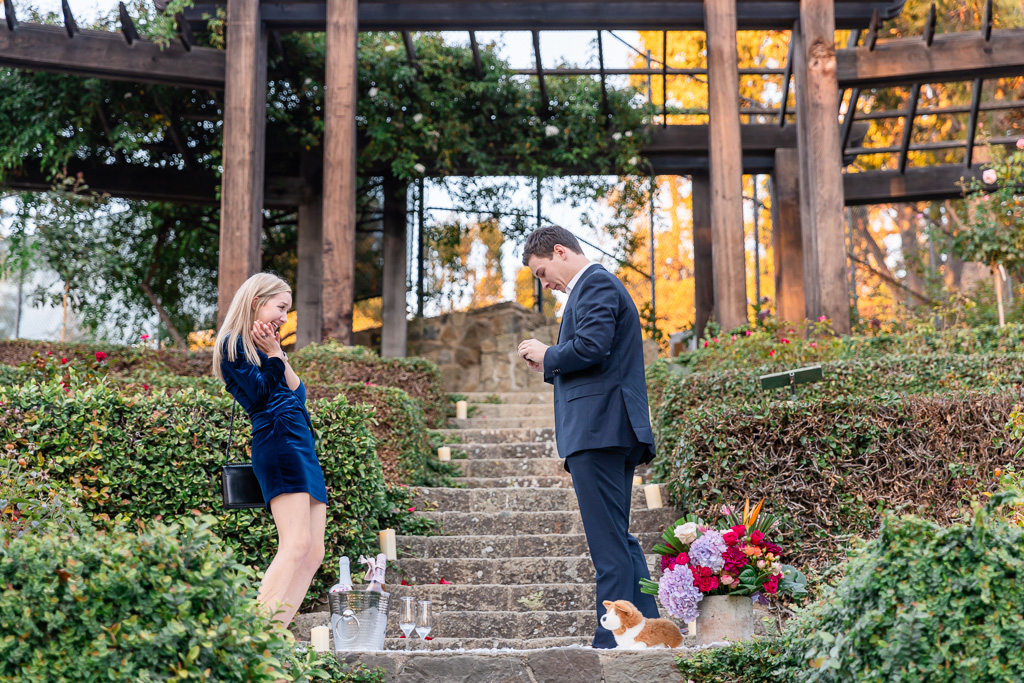 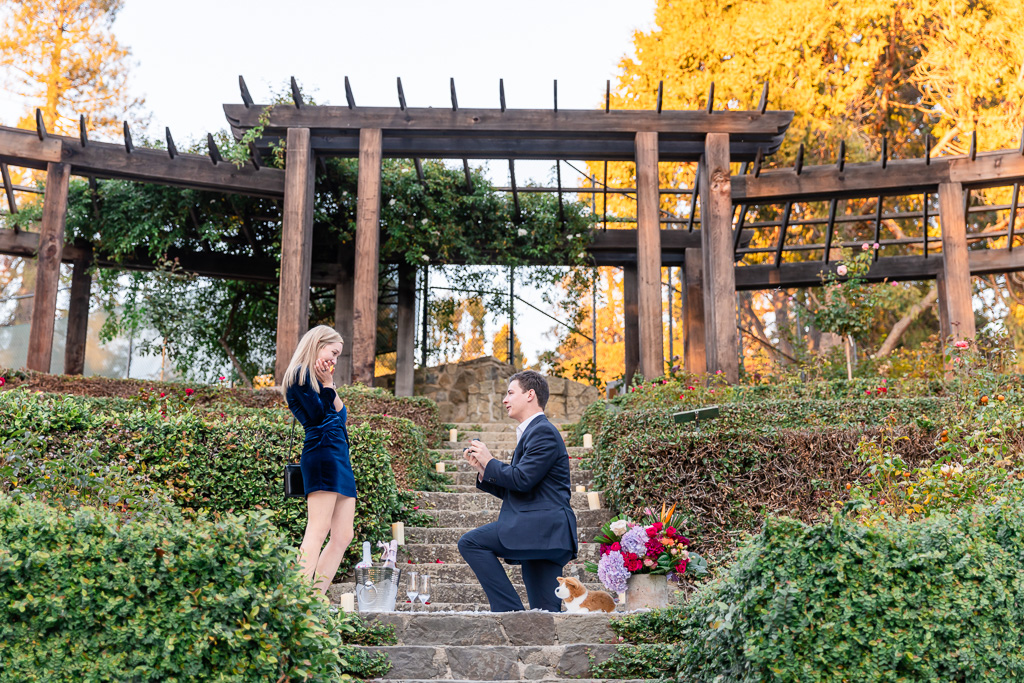 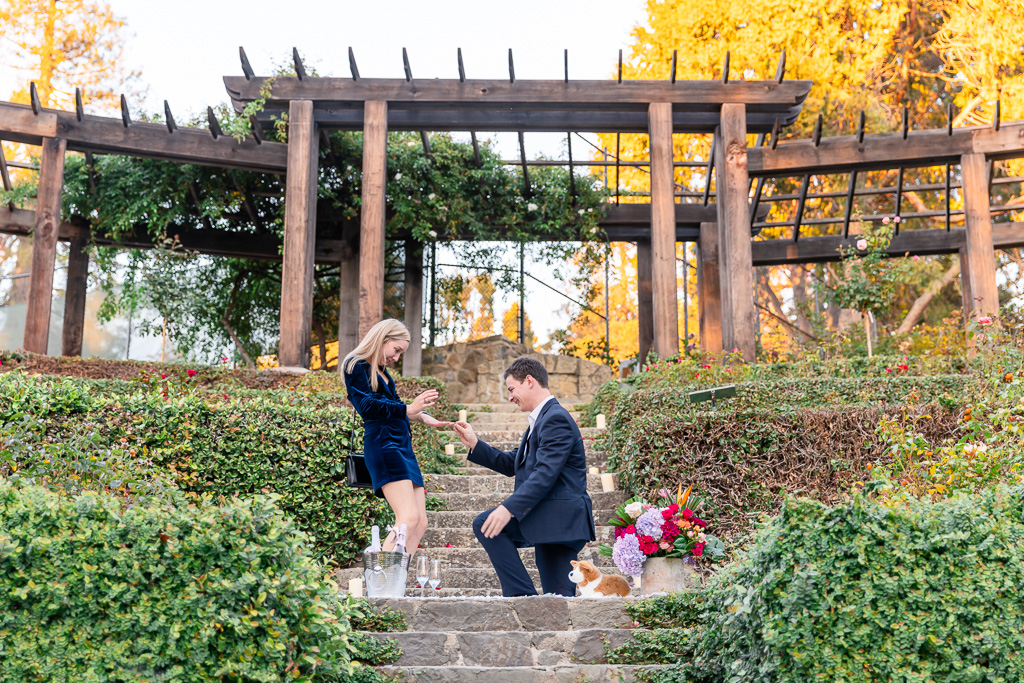 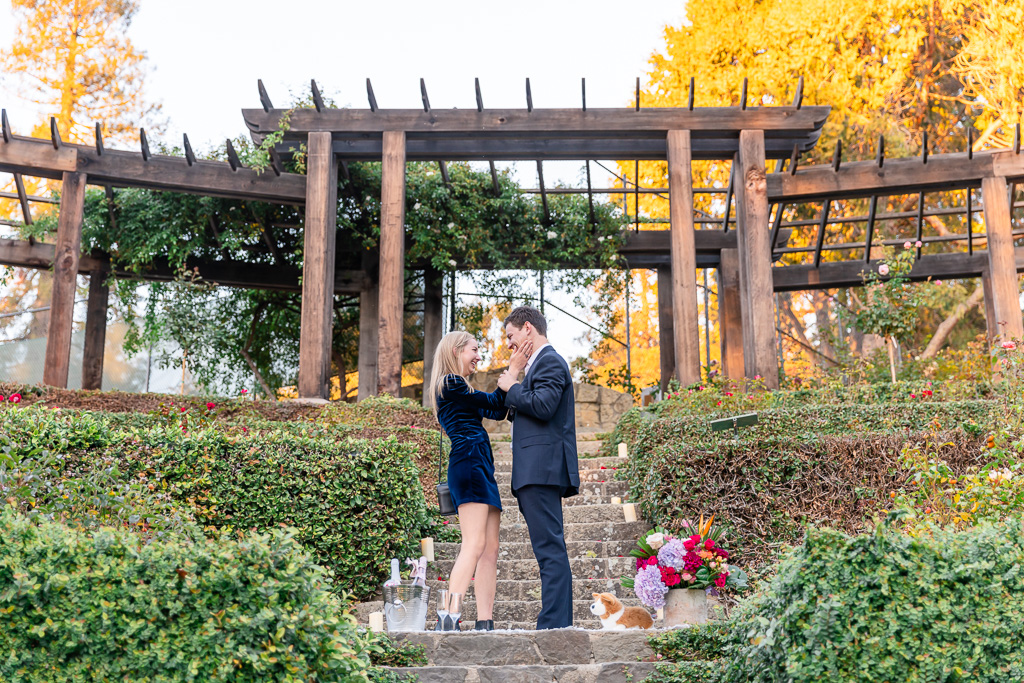 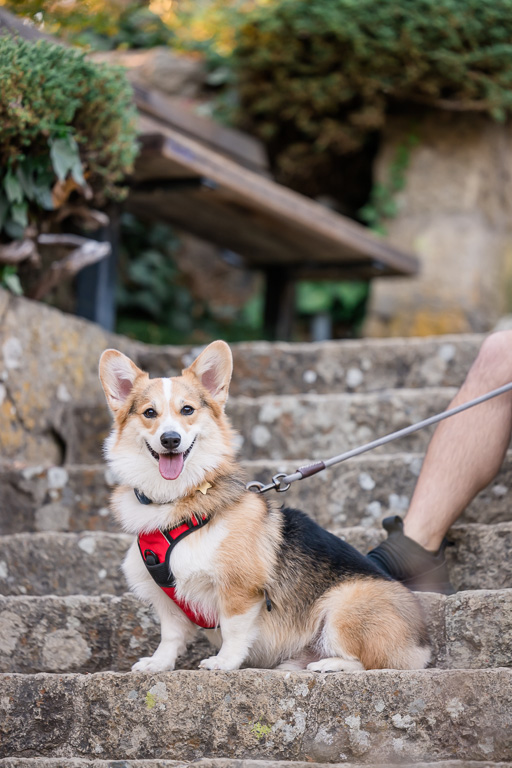 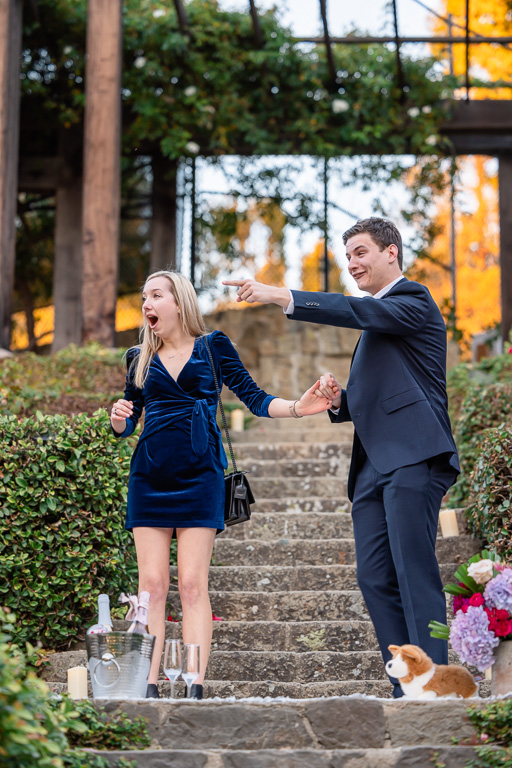 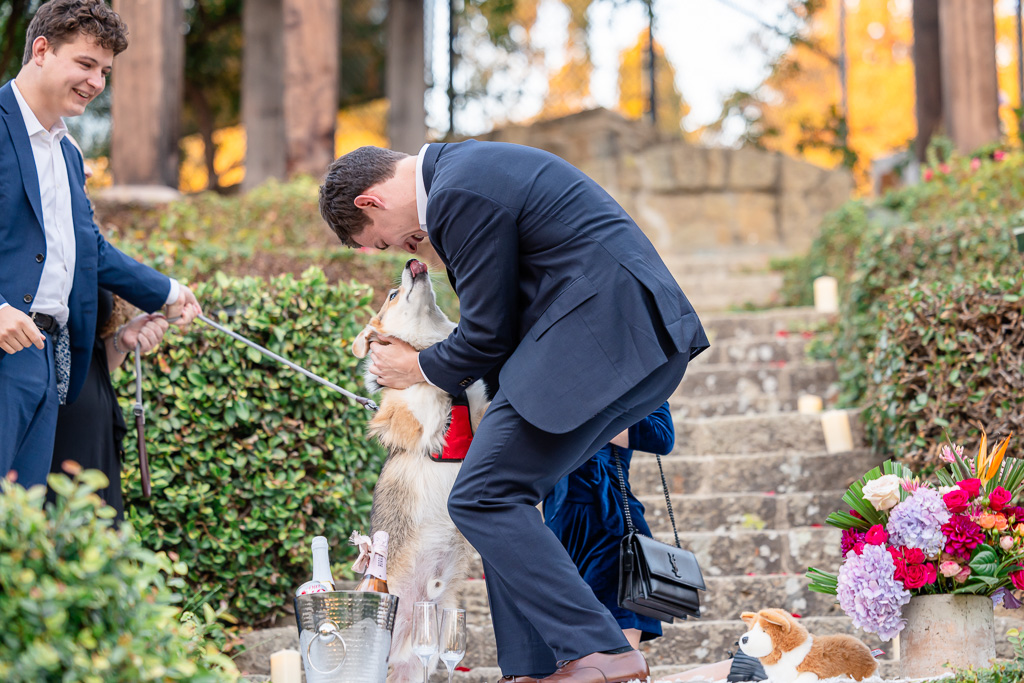 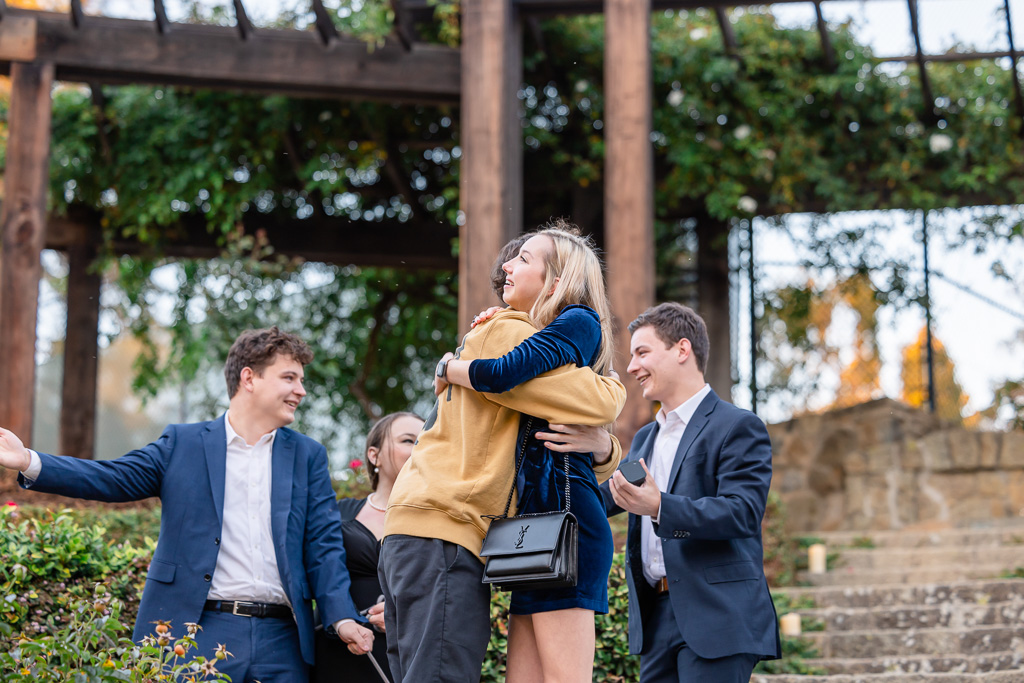 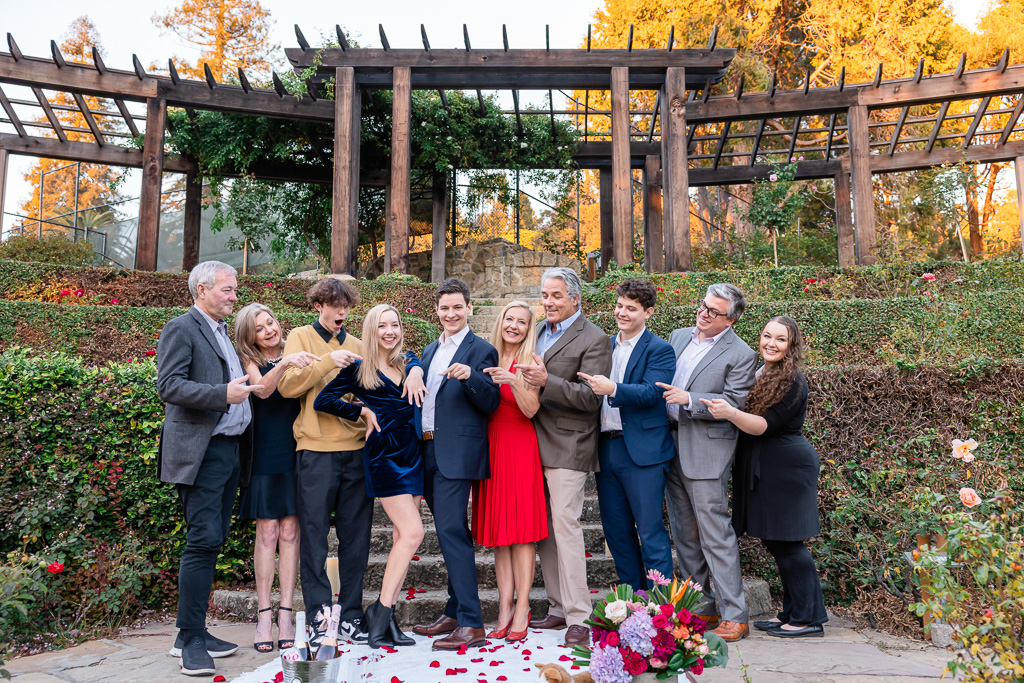 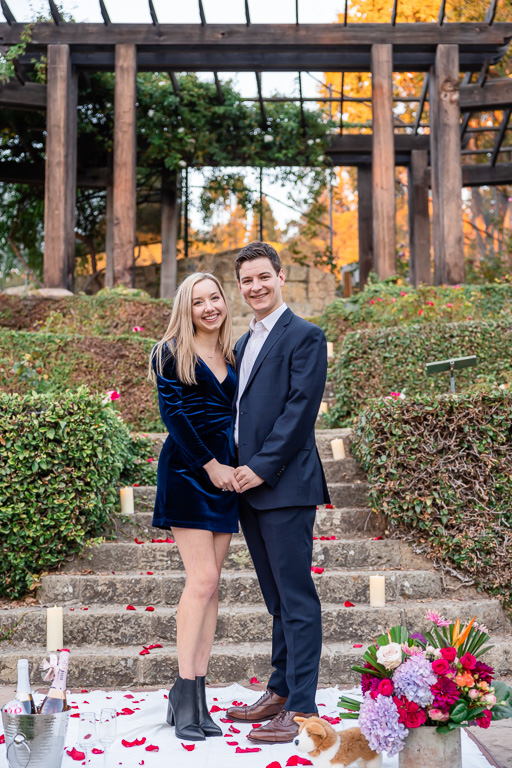 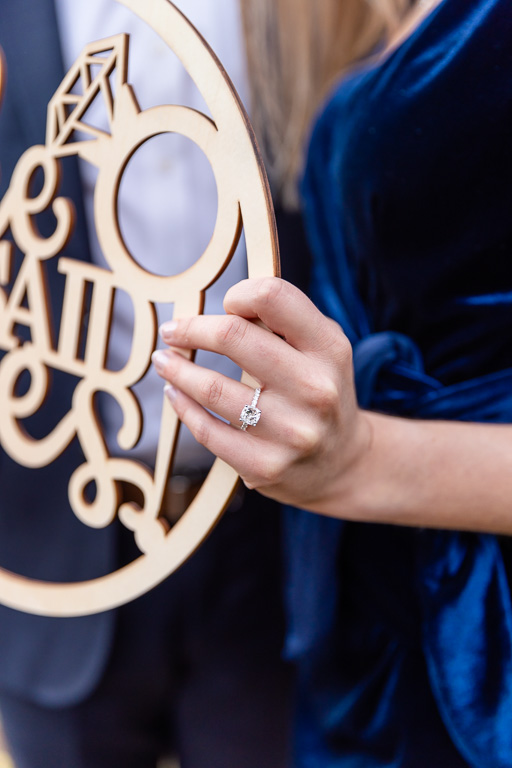 Check out this video we captured of the proposal!

And huge props to David’s sister Marta for organizing it all!