As they planned a big cross-country move together, Dylan thought this would be a great time to propose to his girlfriend of nine years and mark a new chapter in their adventure together. While in town to scout out apartments, Dylan and Elizabeth made a stop at Stow Lake in Golden Gate Park, and he rowed her out to a peaceful spot in front of the stone arch bridge where he had a short speech planned and an absolutely gorgeous ring to reveal. Elizabeth was pretty happy, to say the least, but the photos show it better than I can describe in words. Check out this rowboat proposal in the photos below, and congrats to Dylan and Elizabeth! 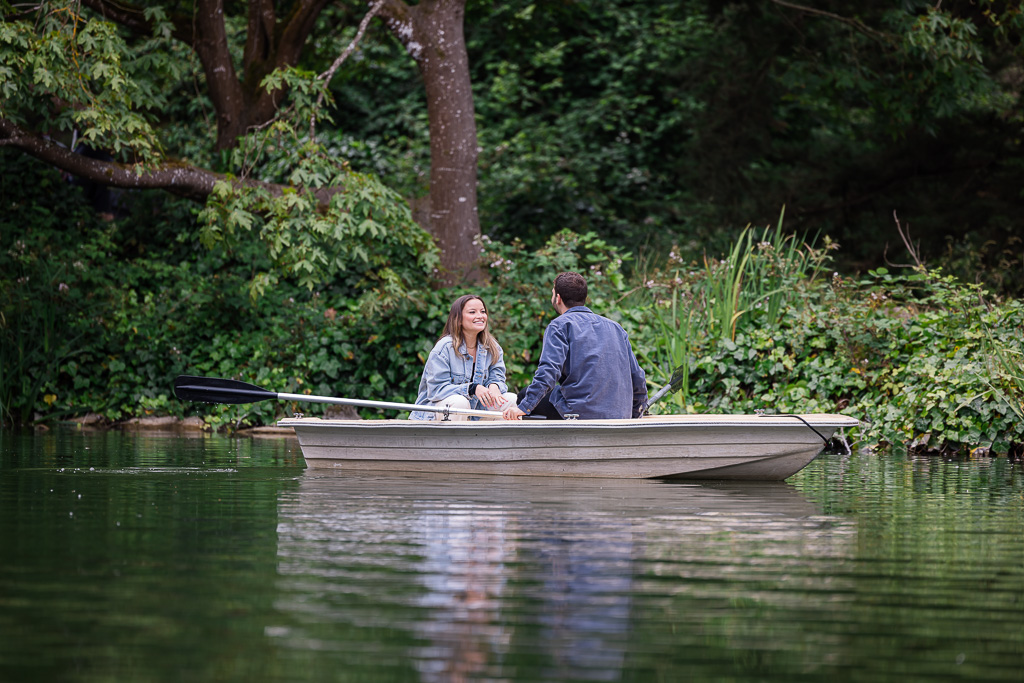 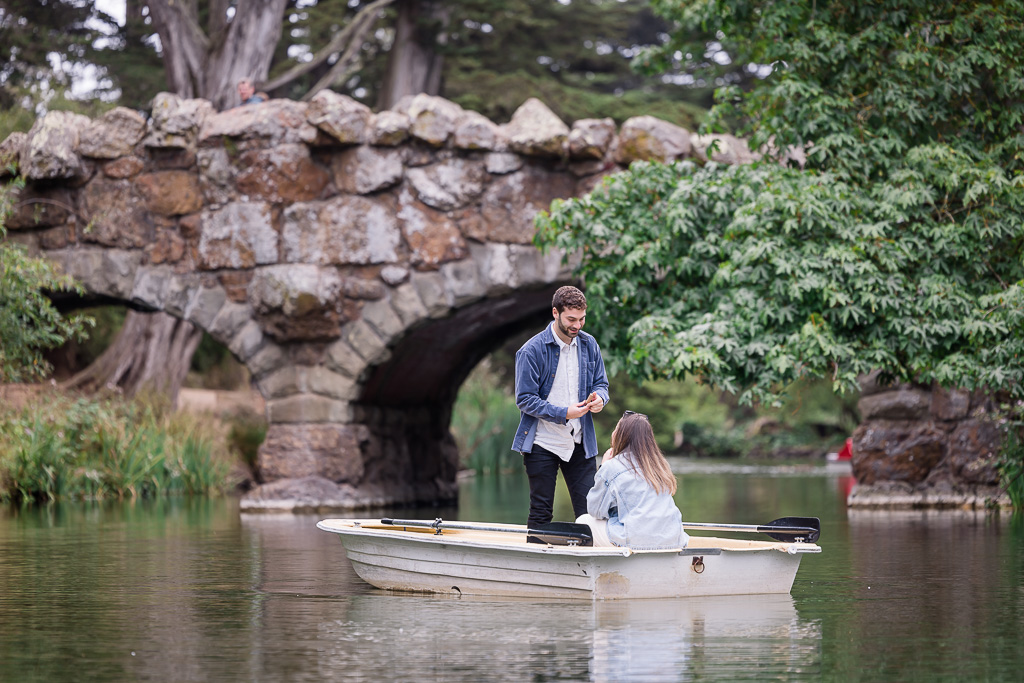 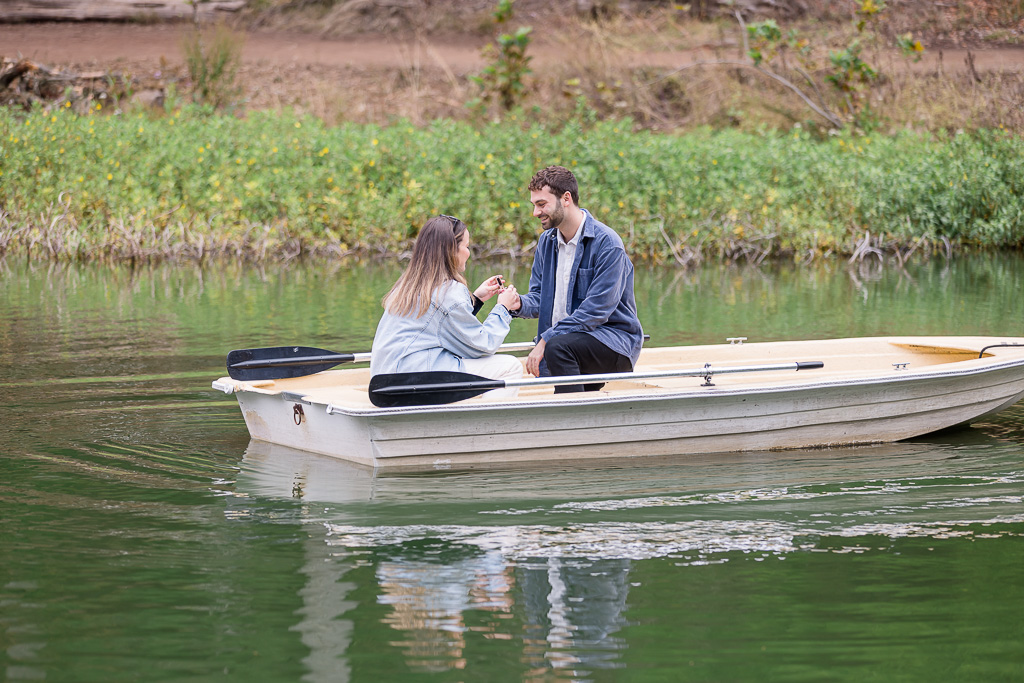 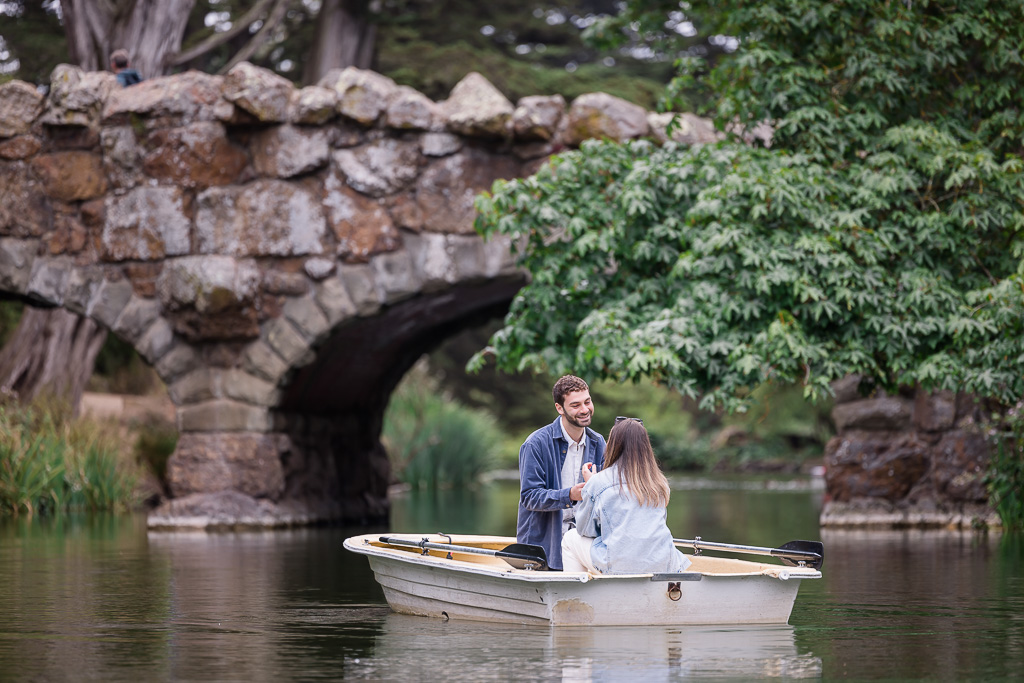 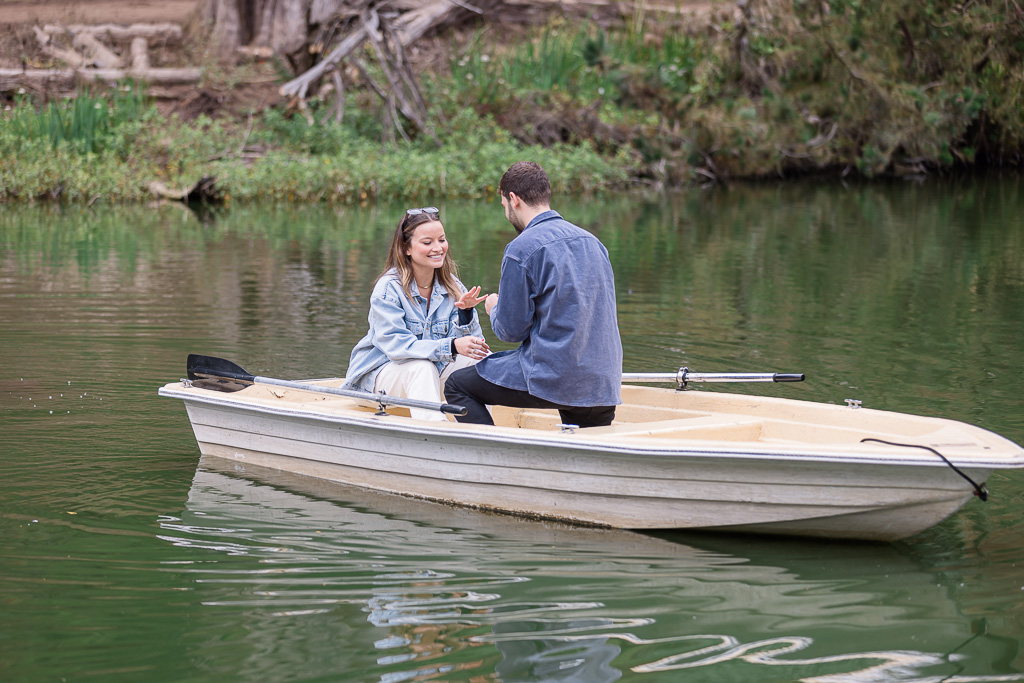 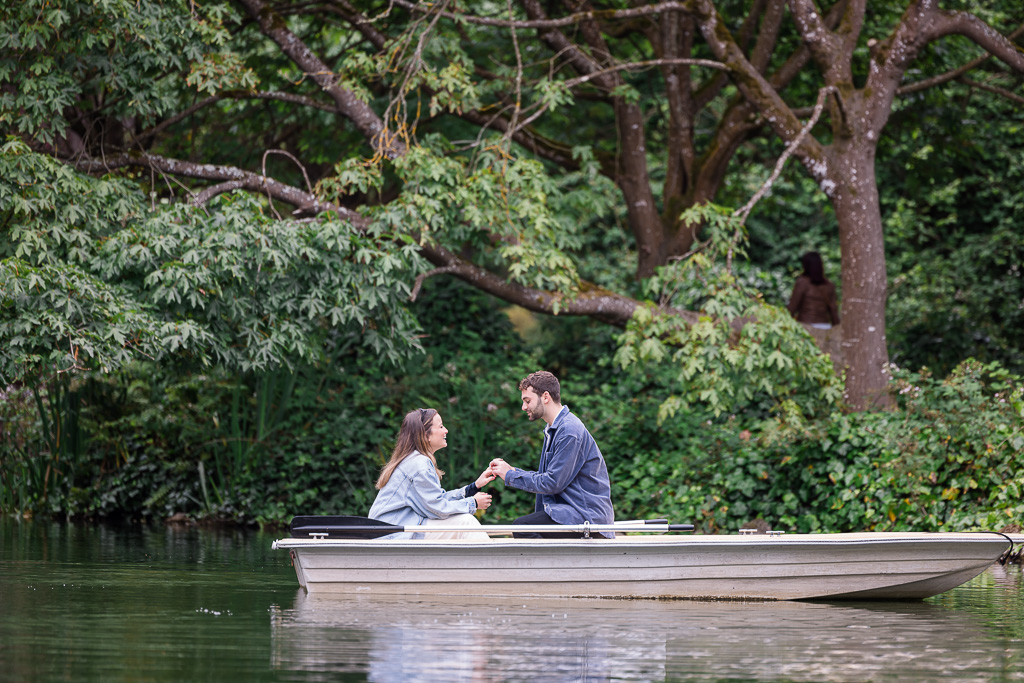 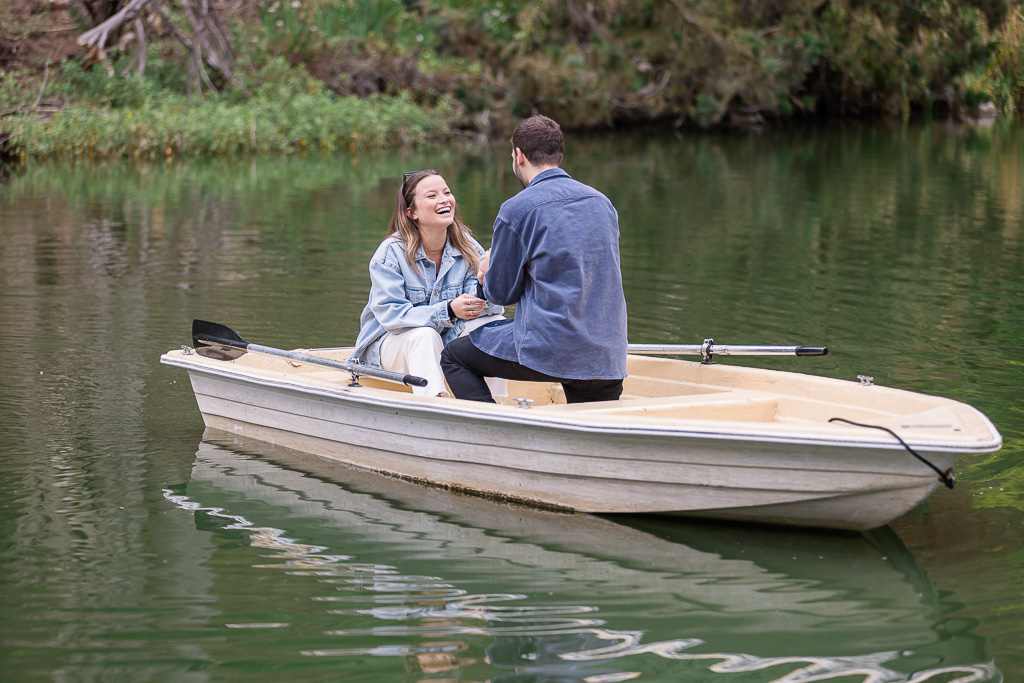 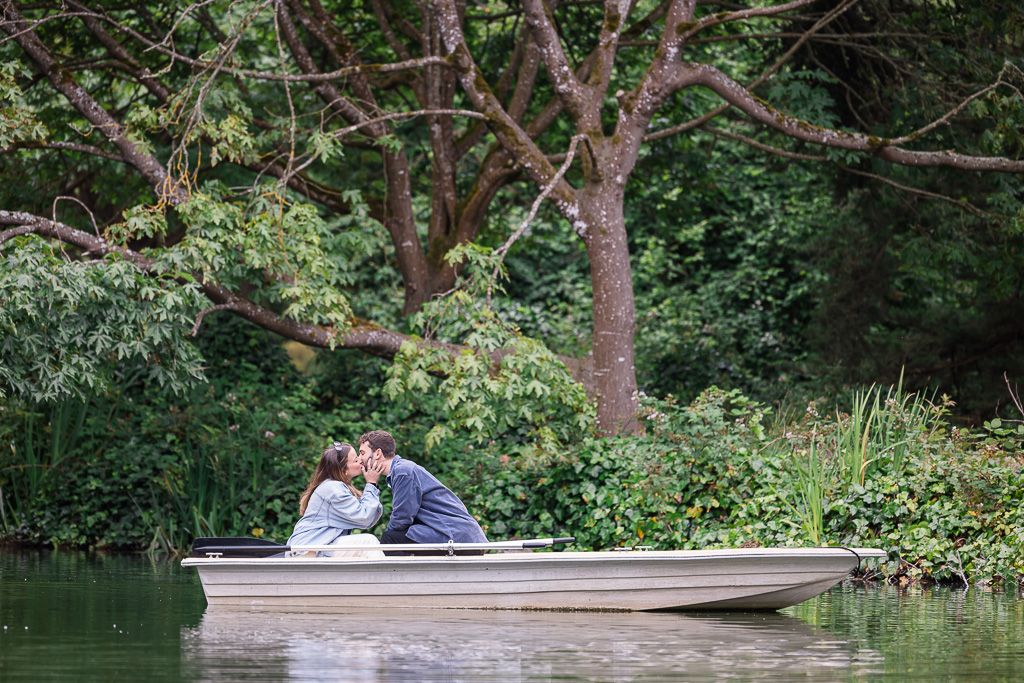 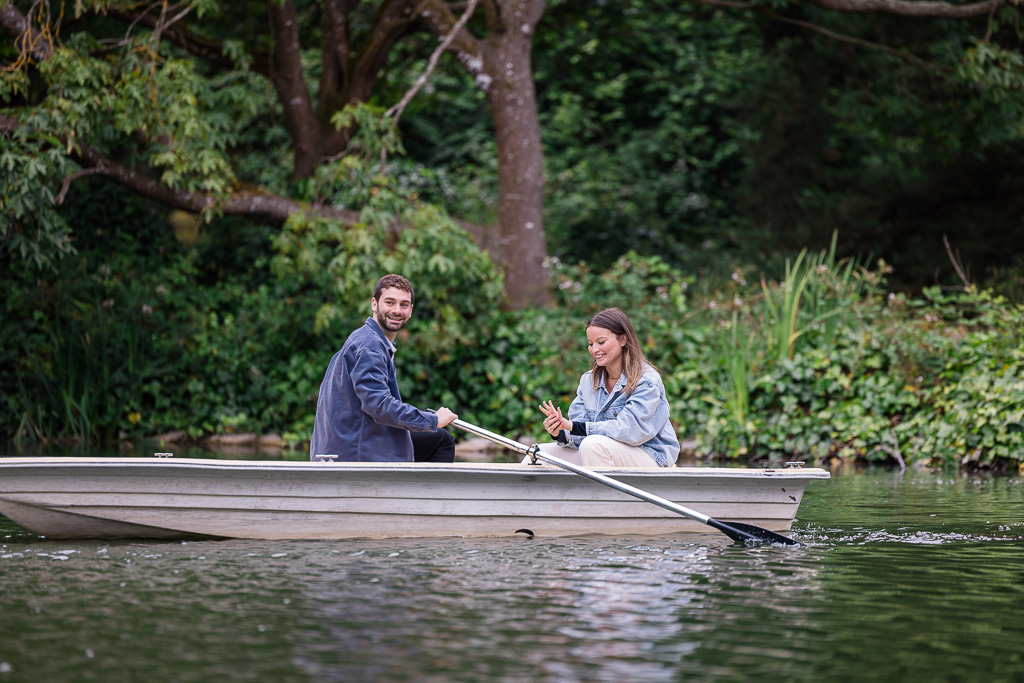 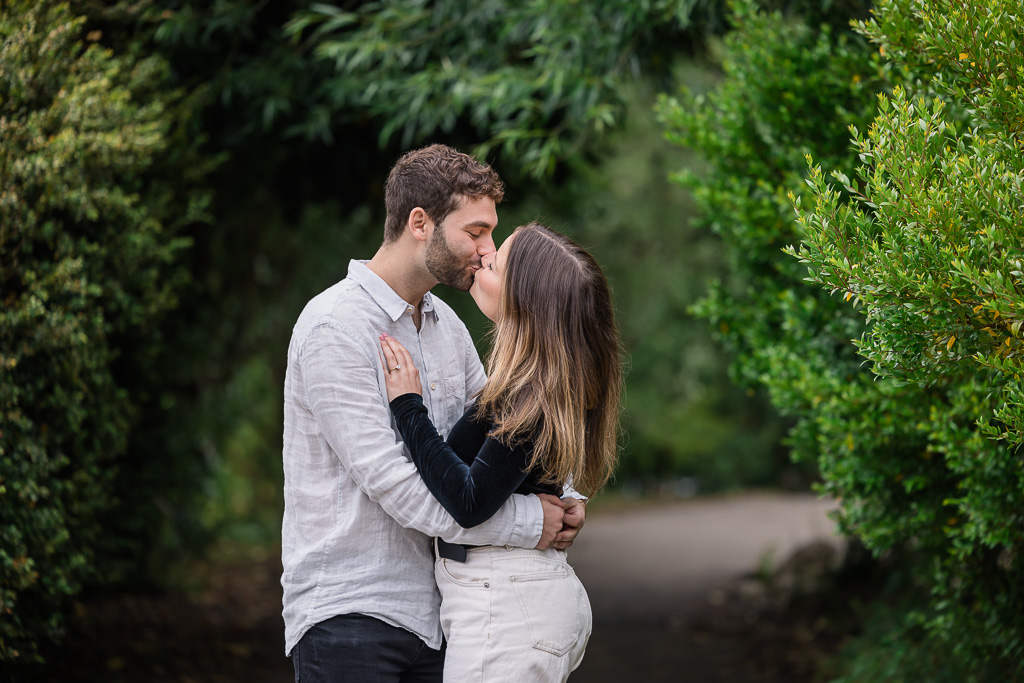