Vinit really went the extra mile to make his proposal to Rucha an extra special one. He had run a lot of ideas by me throughout the planning process, but the end result was even better than I was expecting. With the help of some friends, Vinit set up a simple but elegant heptagonal ring arbor with some light floral decor against an ocean sunset backdrop in a private backyard on the Pacifica coastline. (I really liked the uniqueness of the heptagonal shape!) He had even prepared his guitar and a song to serenade Rucha with.

One of my favorite moments was while we were making final preparations just minutes before Rucha arrived. Vinit got an incoming video call on his phone — it was her! Hopefully she wasn’t too upset that he didn’t answer… I imagine that the events of ten minutes later made it all better 😛

In order to stay hidden, we tucked ourselves and our cameras along the walls behind the house so that we wouldn’t be visible until after Rucha entered the backyard. From that point on, the cameras rolled, and you can see the video and photos below. The proposal itself was super romantic, and afterwards, their friends came out of hiding and congratulated Rucha and Vinit on their engagement. Check it out below! 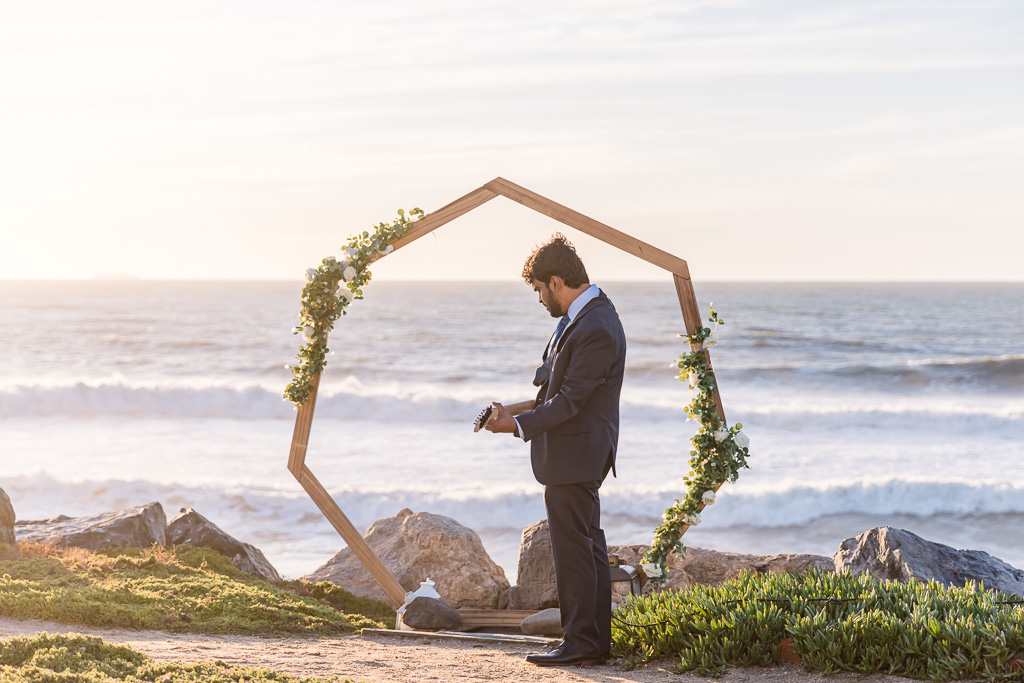 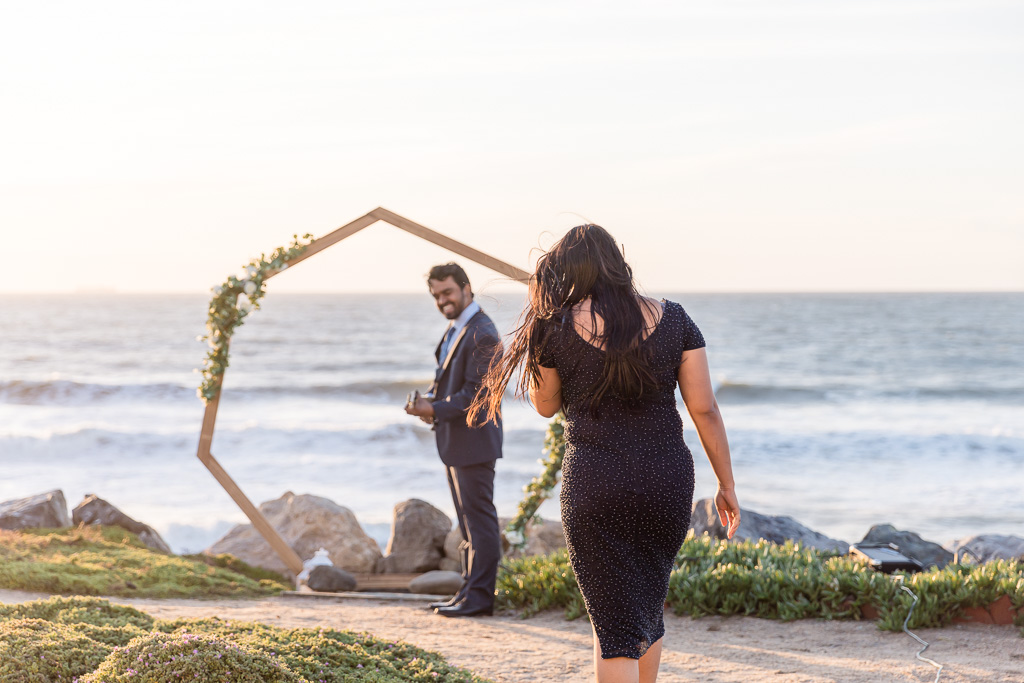 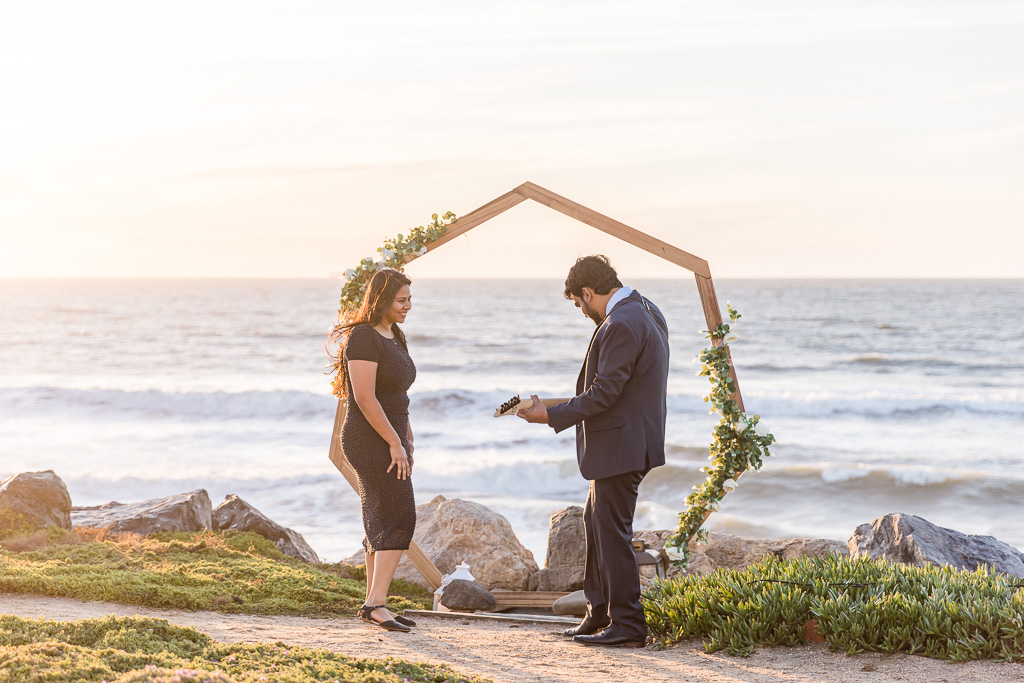 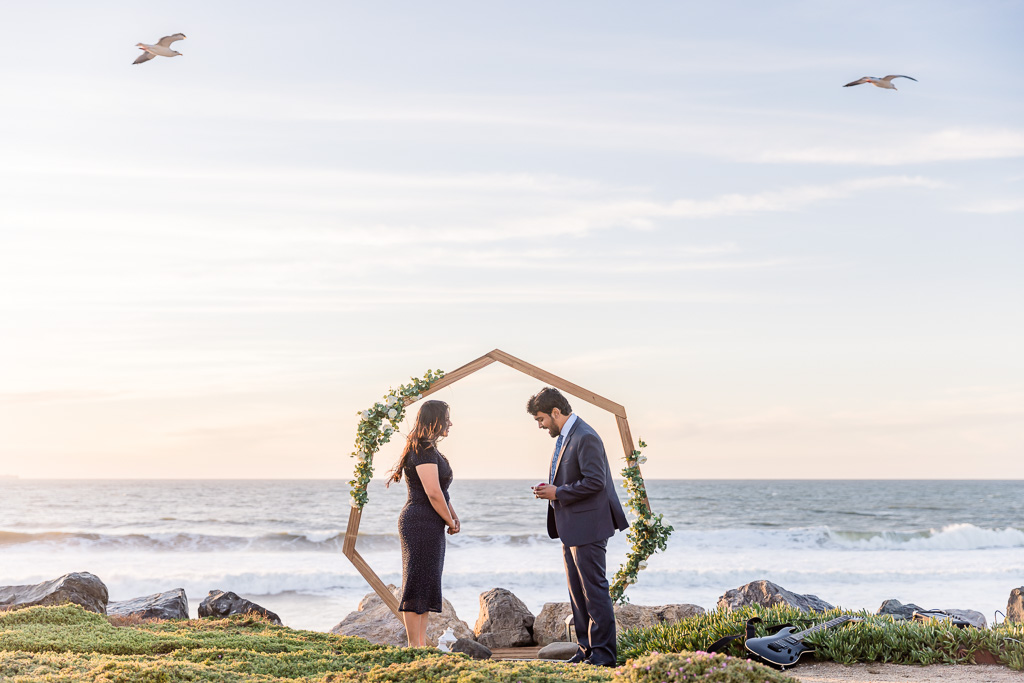 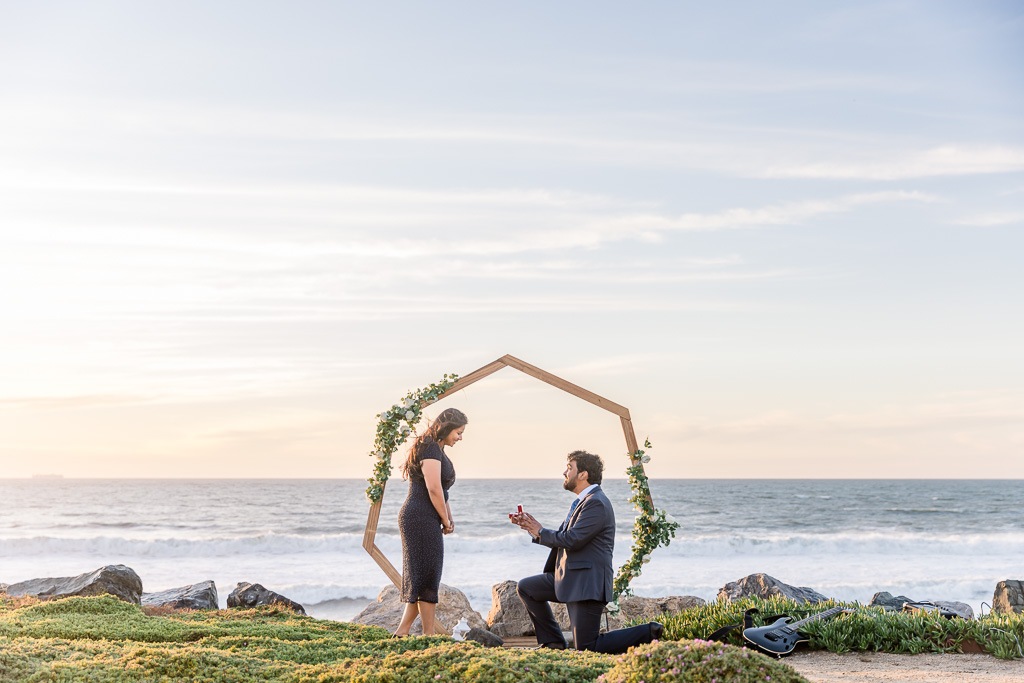 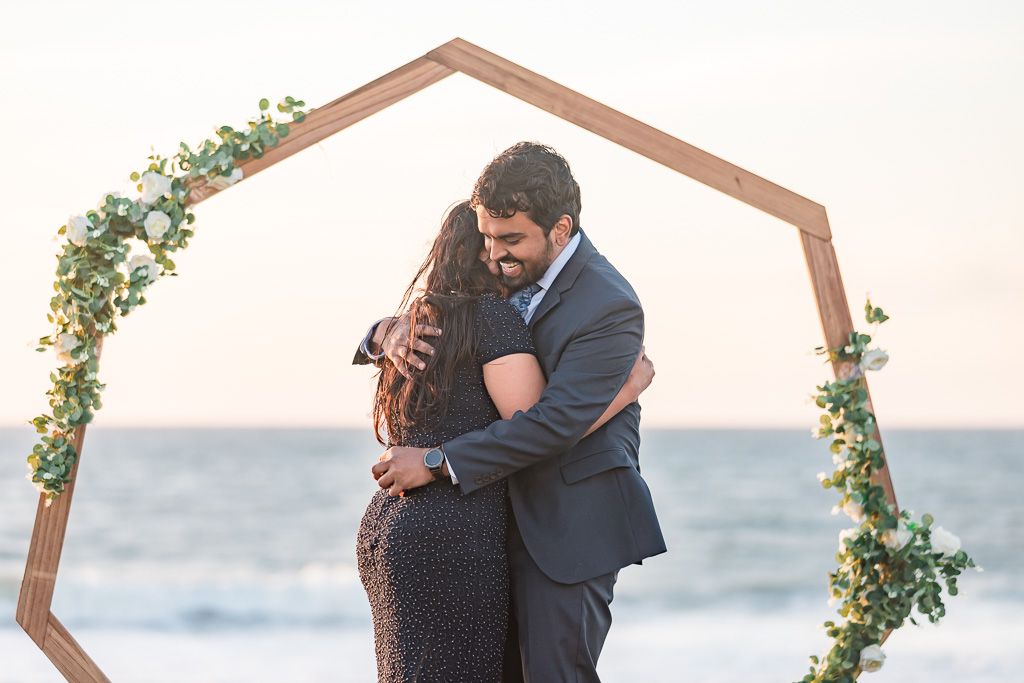 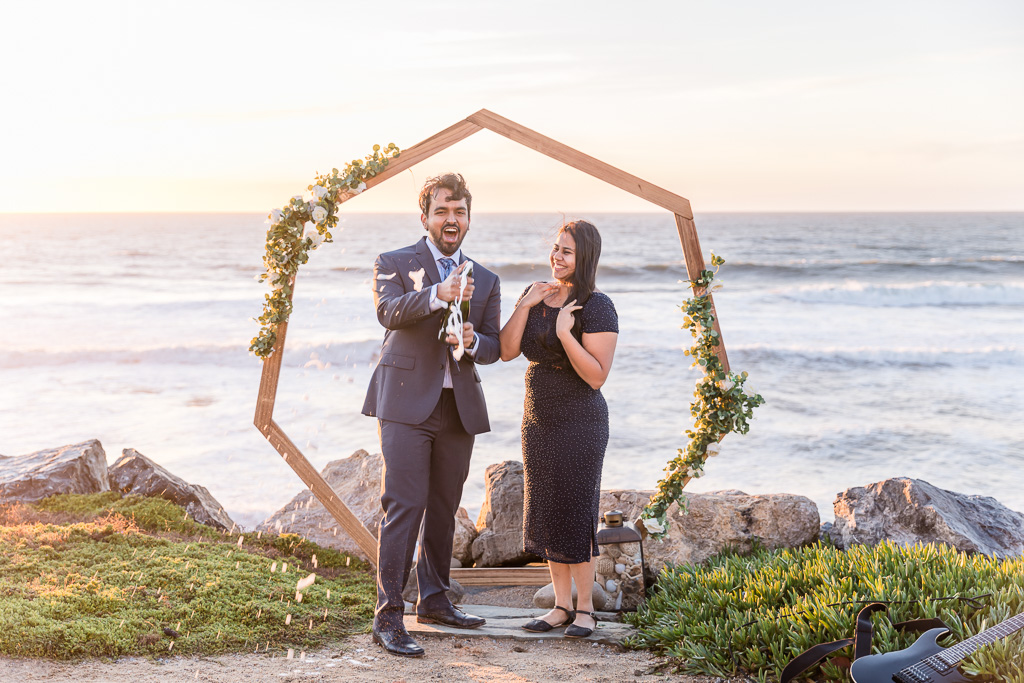 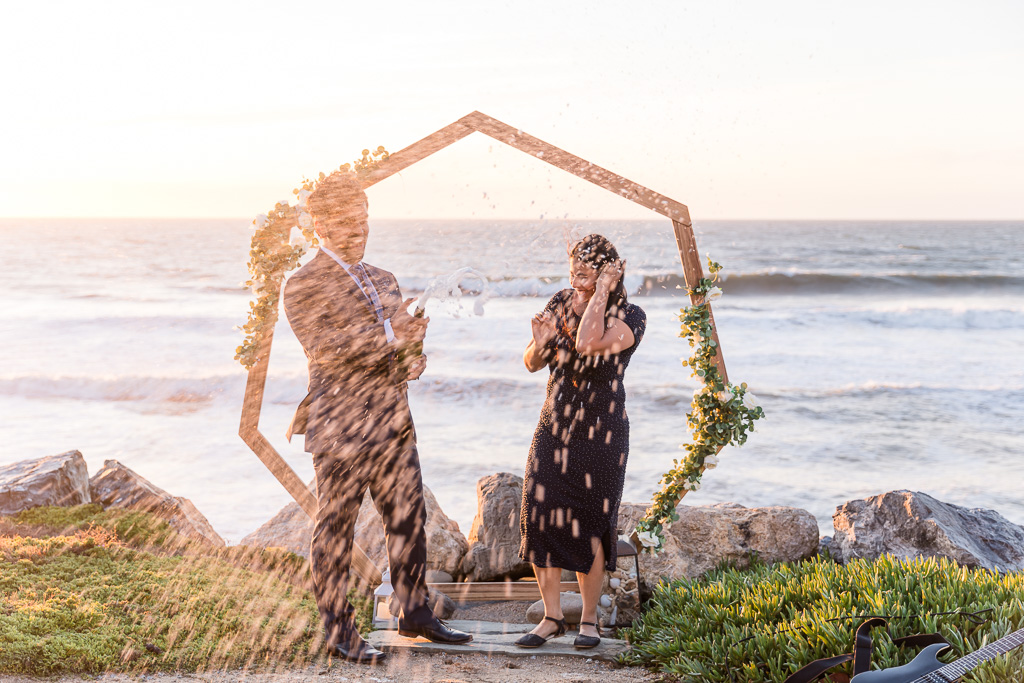 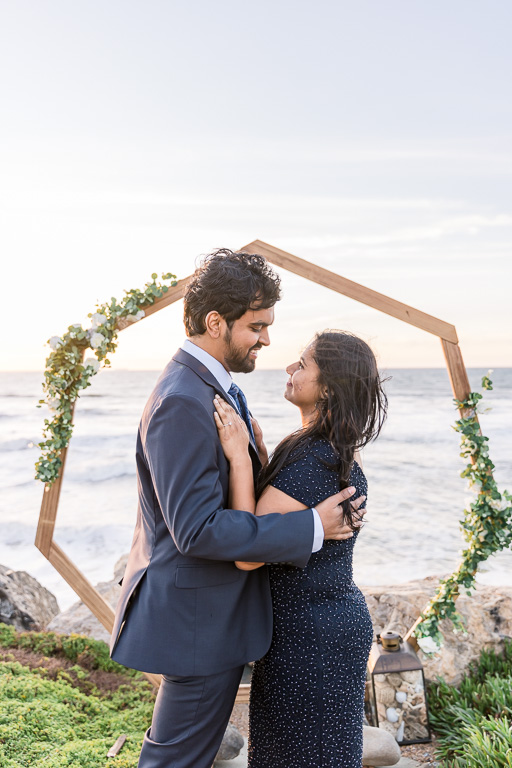 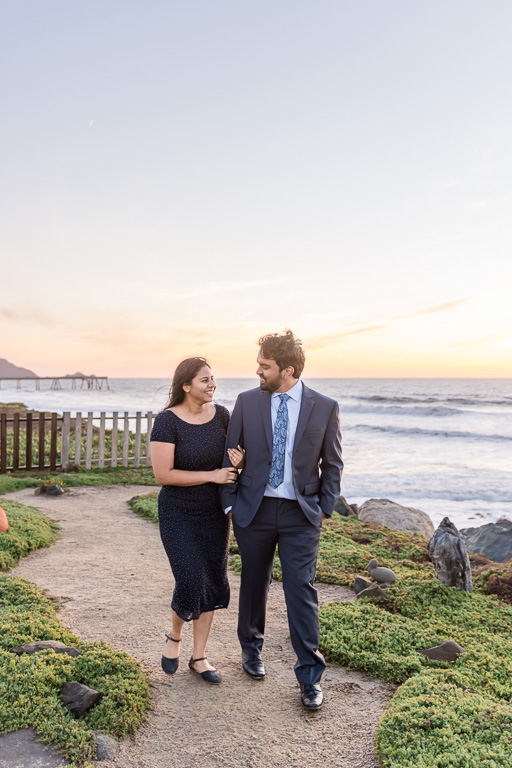 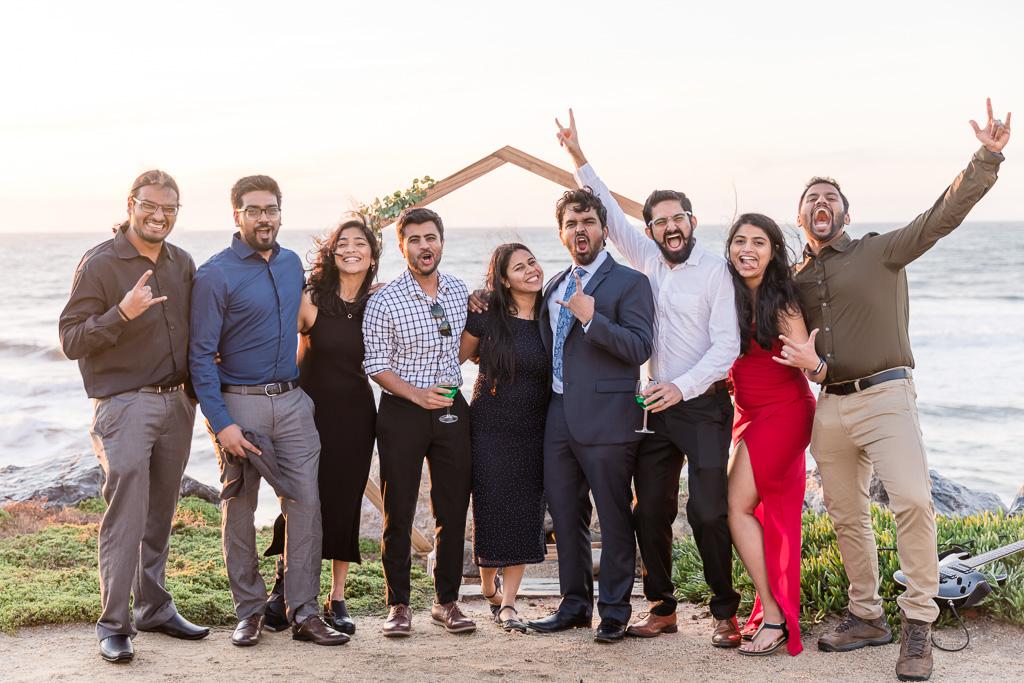