Love is in the air — quite literally! One of the most unique and spectacular ways to propose is to write it out in the air through skywriting, in huge mile-high letters where everyone can see from miles around. Tigran had arranged for a pilot to spell out “Nastya marry me” high over the Golden Gate Bridge (Nastya being the short form of his fiancee’s name) while they were visiting SF from out of town. After discussing timing with the skywriters and ship captains, we worked out a plan with the best location and heading for photos based on the sun’s position and wind direction.

As the skilled pilot was finishing up Nastya’s name, Tigran got down on one knee on the yacht’s upper deck and started to ask the big question. Meanwhile, I quietly snuck in to snap the photos you see below. After she said yes (many times, in fact!), they celebrated with family through video calls and gave them a live view of the one-of-a-kind aerial performance. And as a surprise finale, the pilot drew them a heart in the sky! 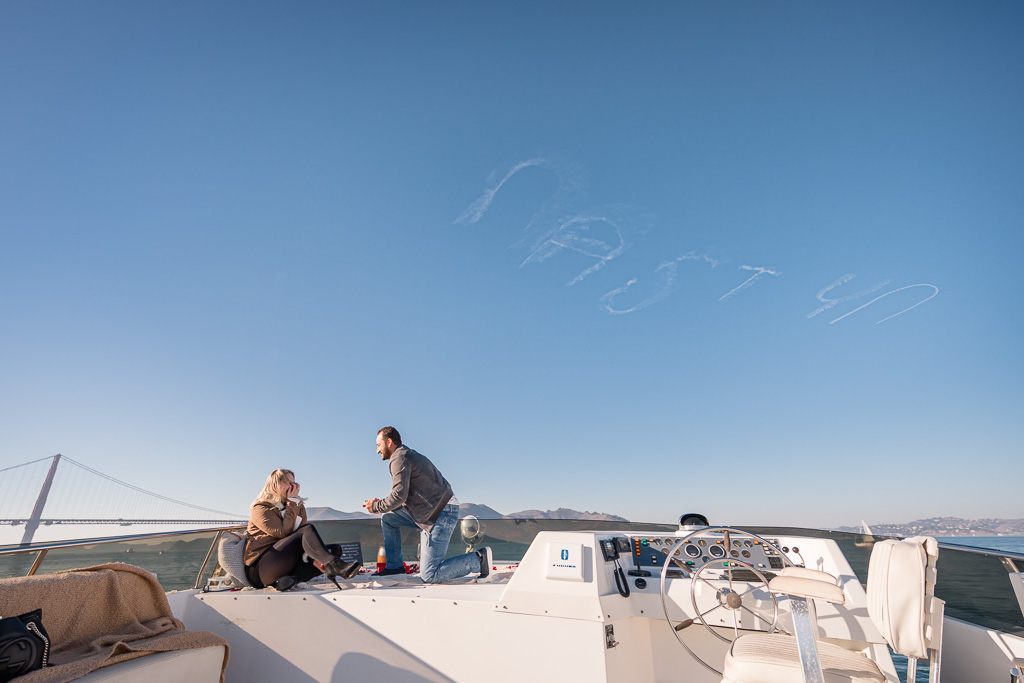 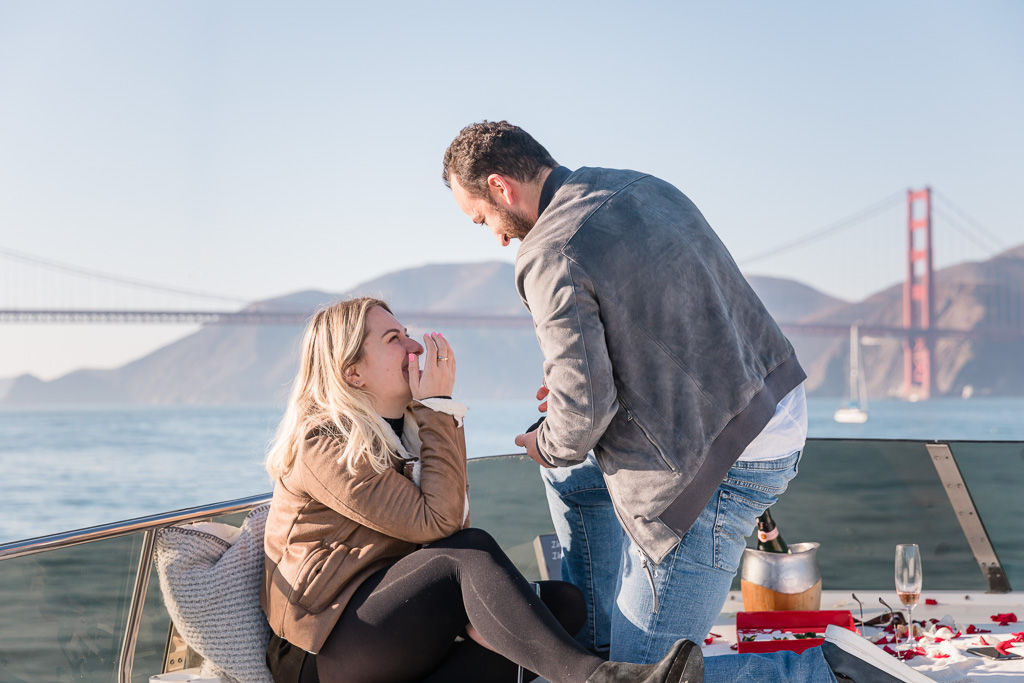 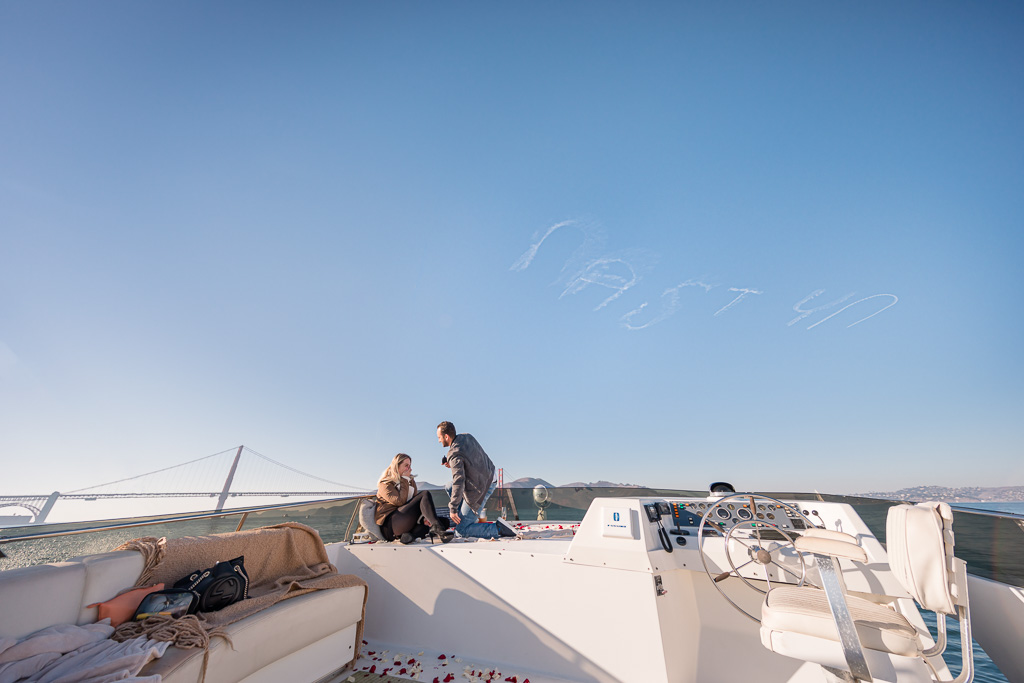 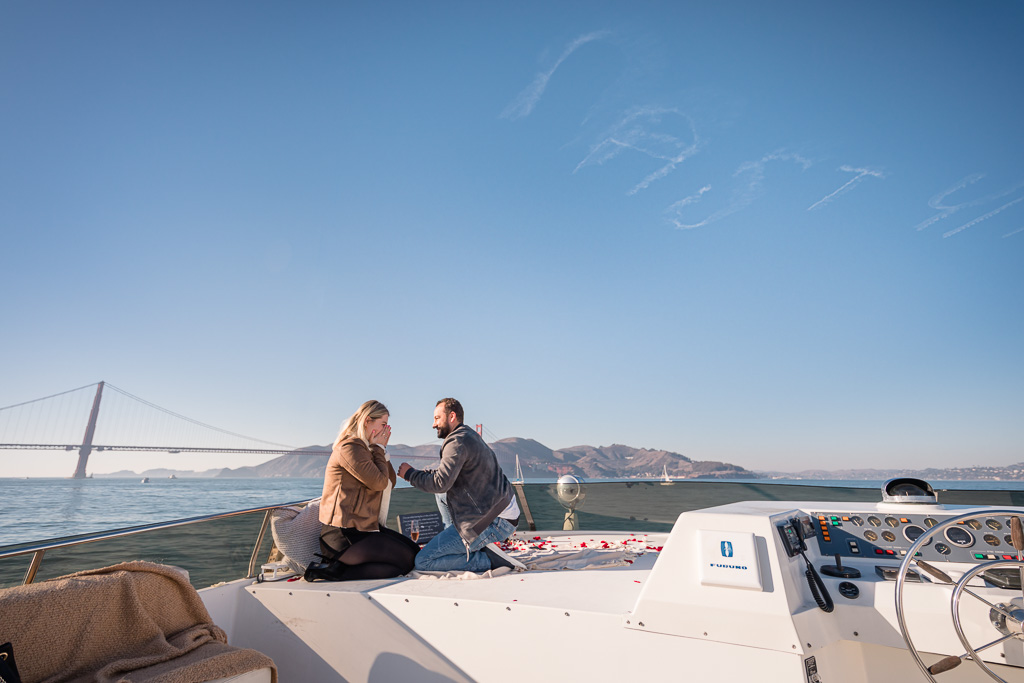 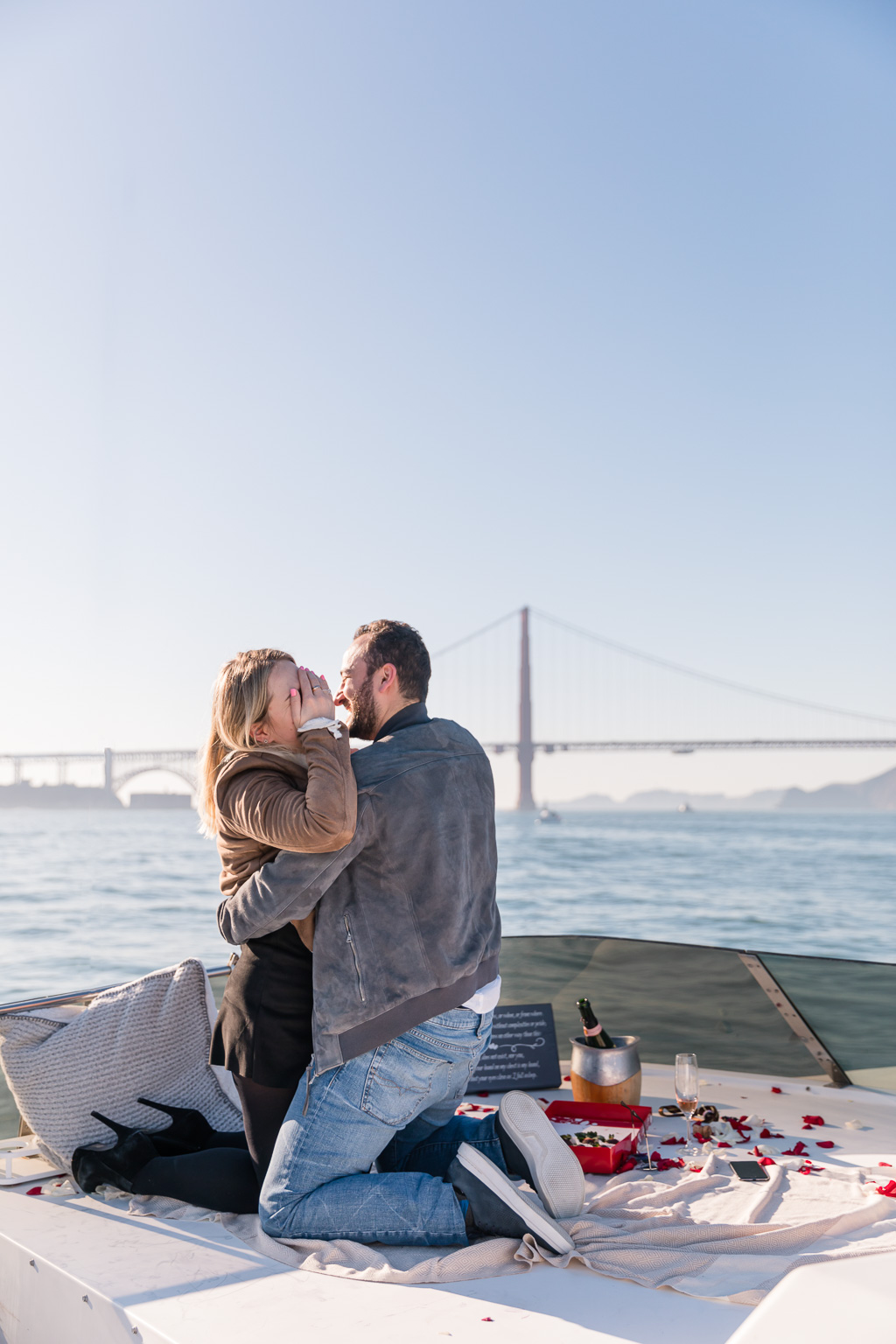 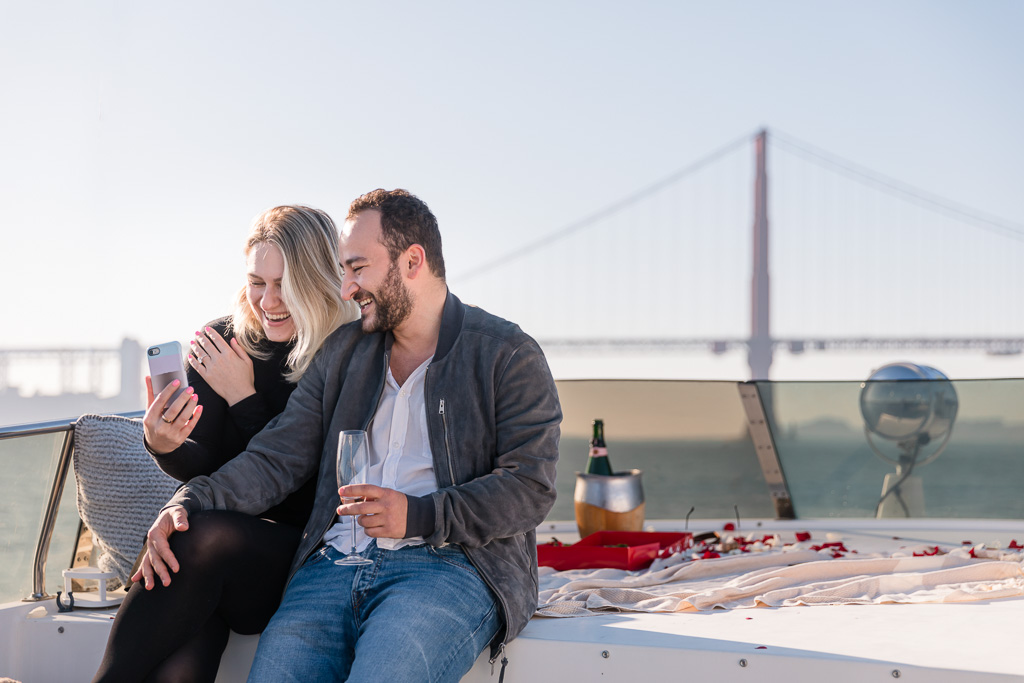 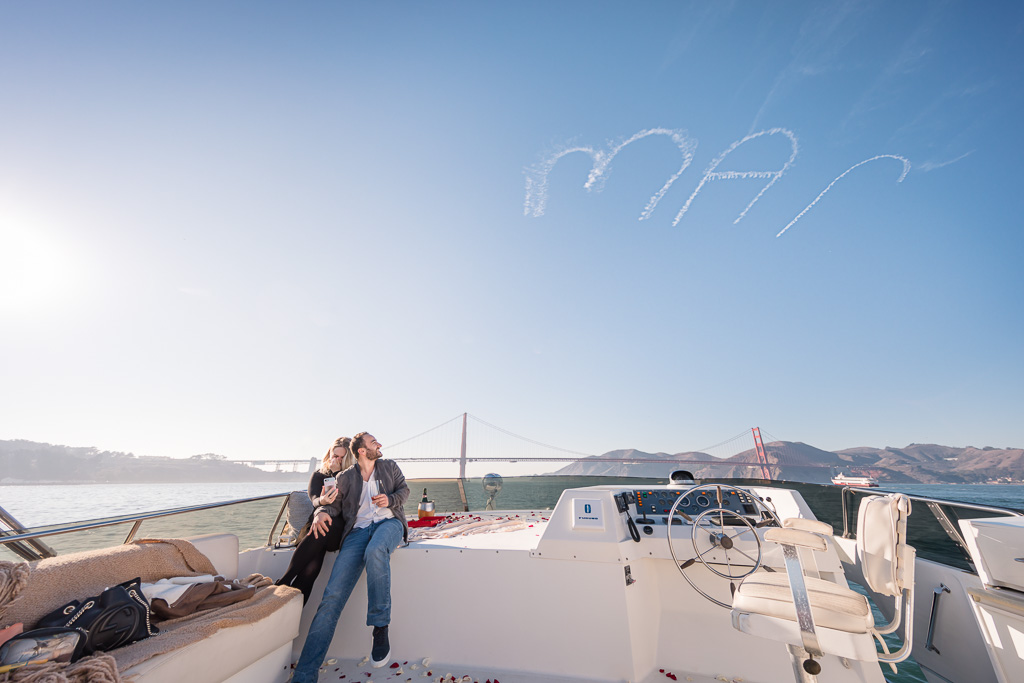 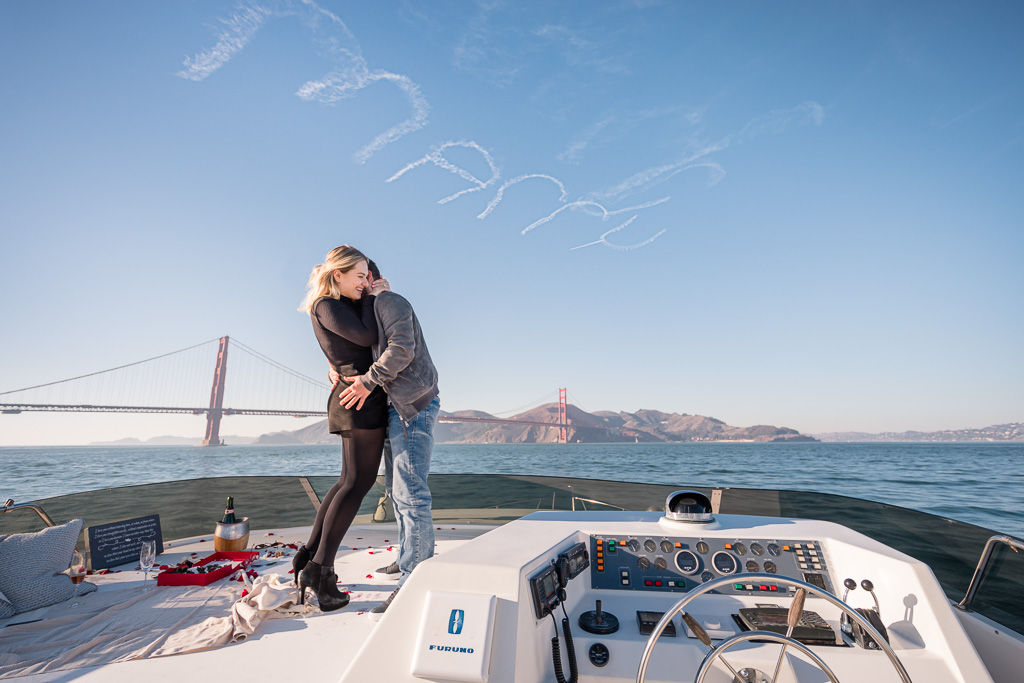 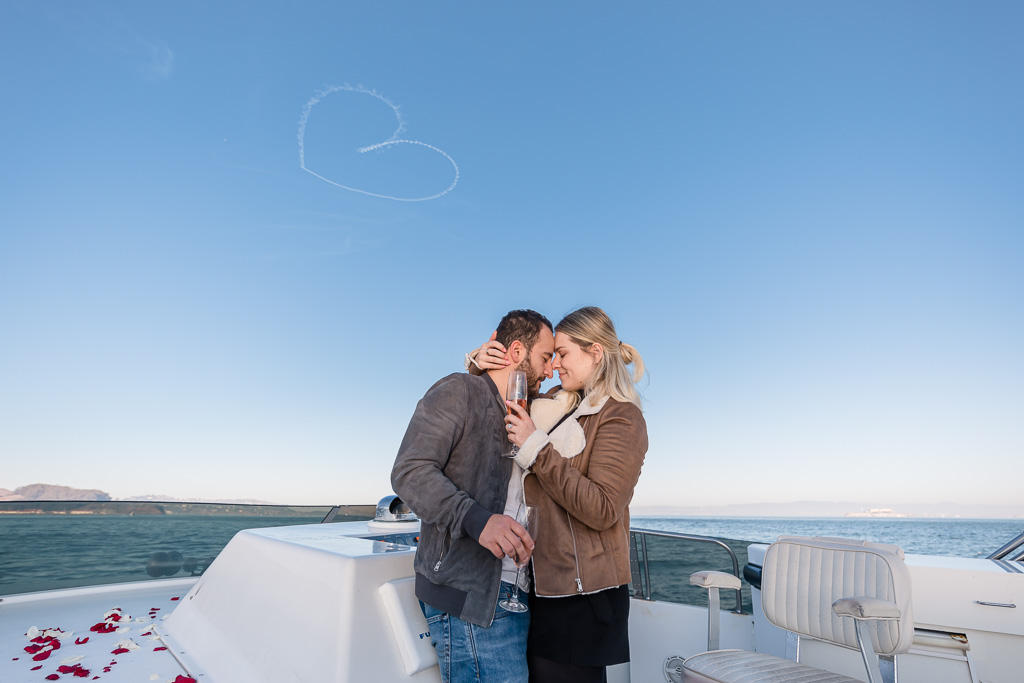 This amazing skywriting proposal was only possible with the help of: