Rarely does a last-minute change in plans followed by a last-last-minute change in plans end up creating an even more magical result than originally envisioned… but here’s an example of just that! Jacquelyn had planned to propose to Alyssa in the morning in the woods, but the forecast called for rain, so we changed plans to be under the dome of the Palace of Fine Arts… but then we had to do it half a day earlier, and at night, since the morning was bringing 25mph+ winds and heavy rain… you get the idea.

In the end, while walking to the Palace of Fine Arts, Jacquelyn ended up stumbling across this very lovely, quiet space in the Presidio, and she set up some candles and practiced her speech there while we got set up for photos. I actually like this spot so much better than the Palace of Fine Arts, especially at night! When the time came, she led Alyssa over, and the two shared a very beautiful moment together before she said yes! Congrats to J&A on a very special engagement 🙂 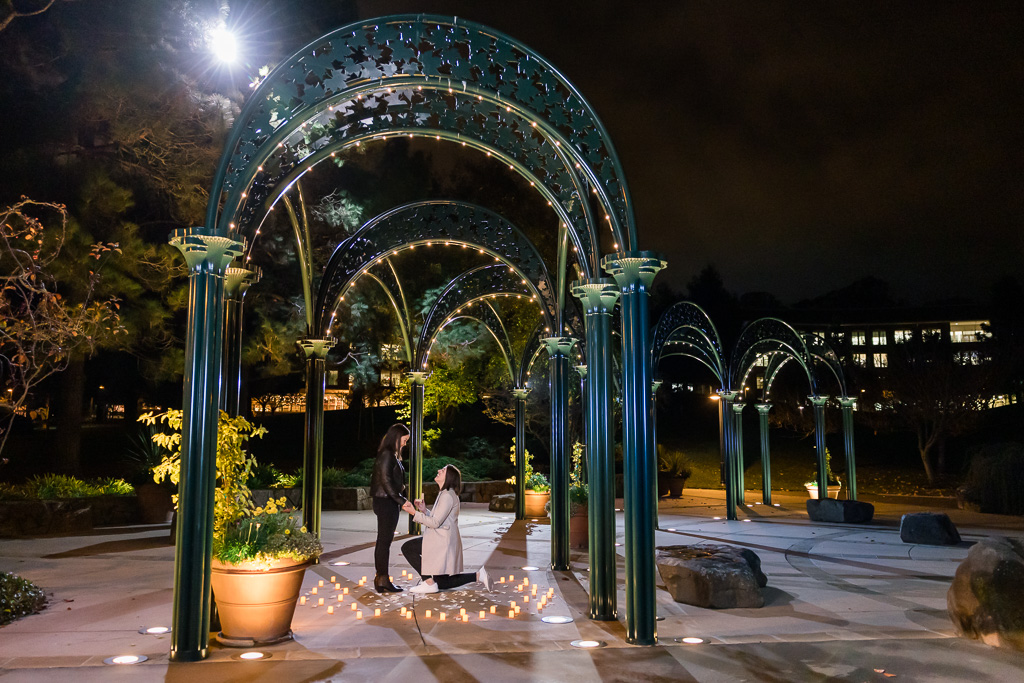 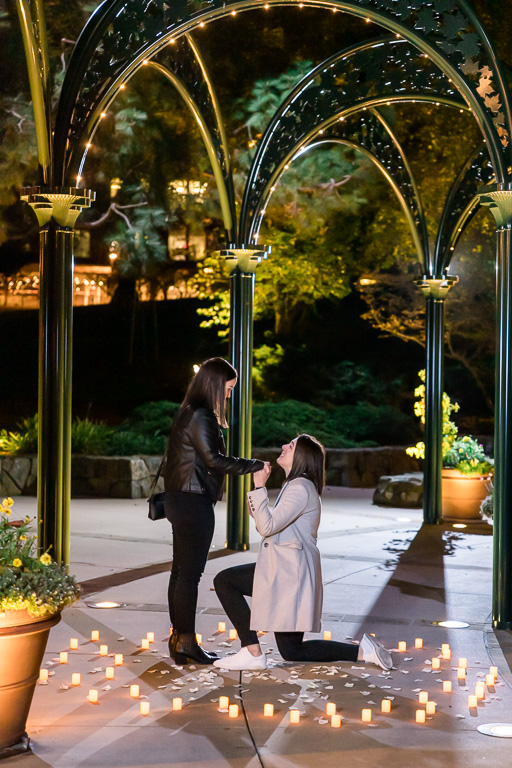 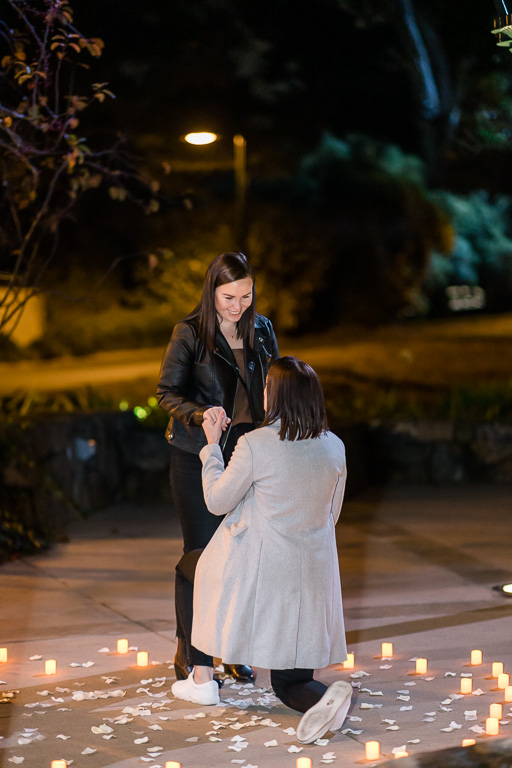 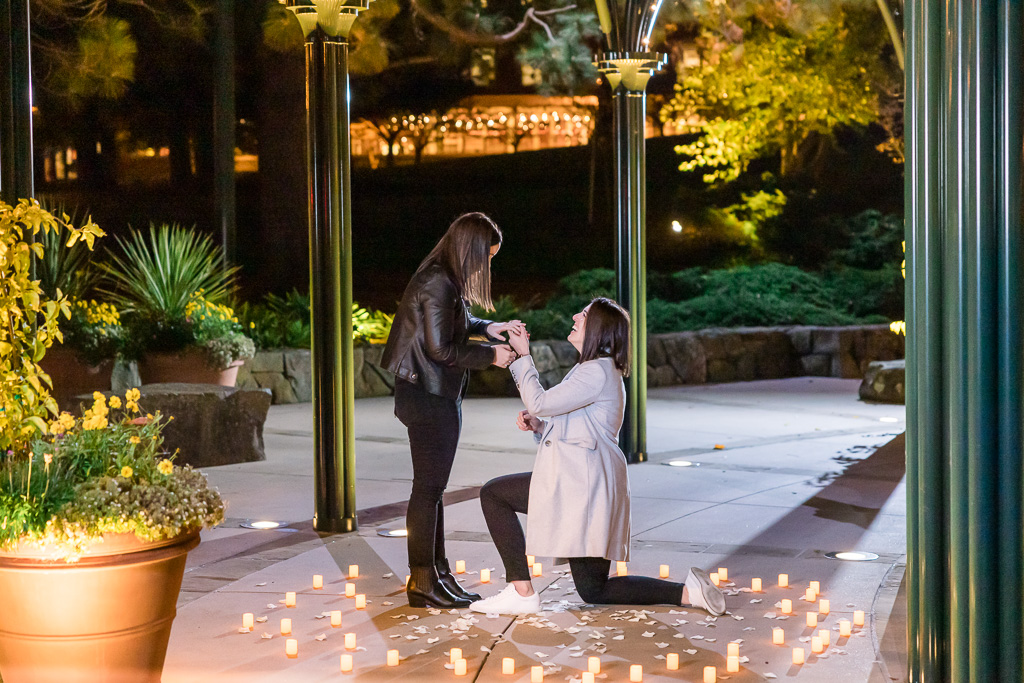 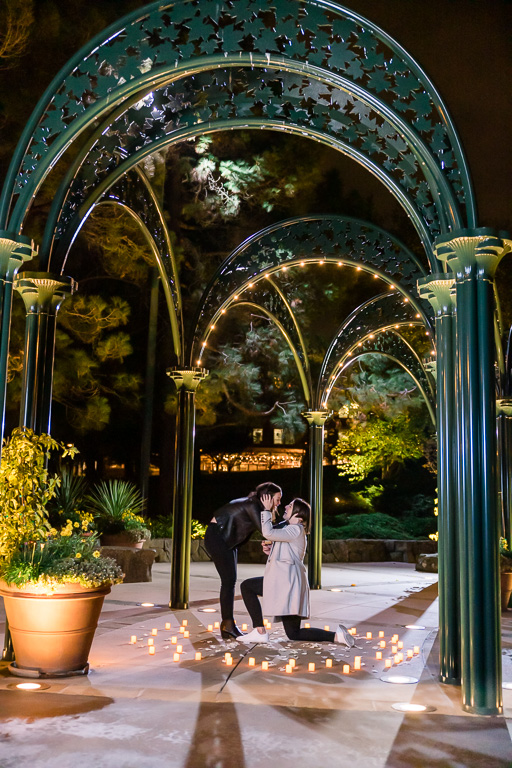 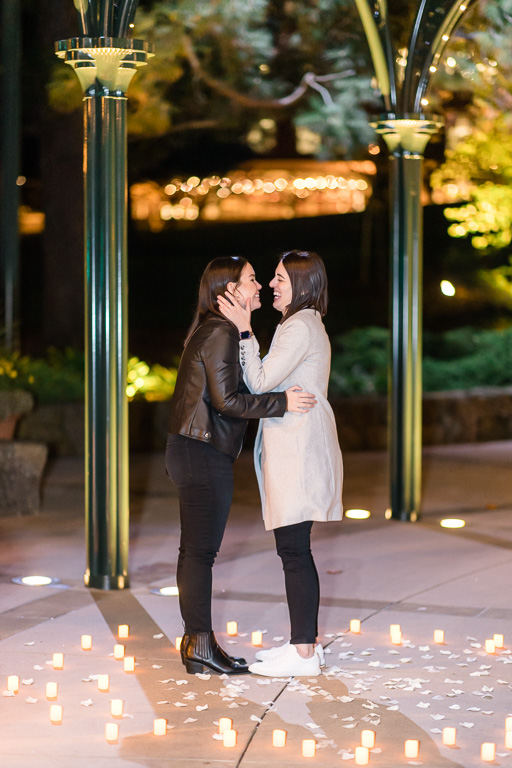 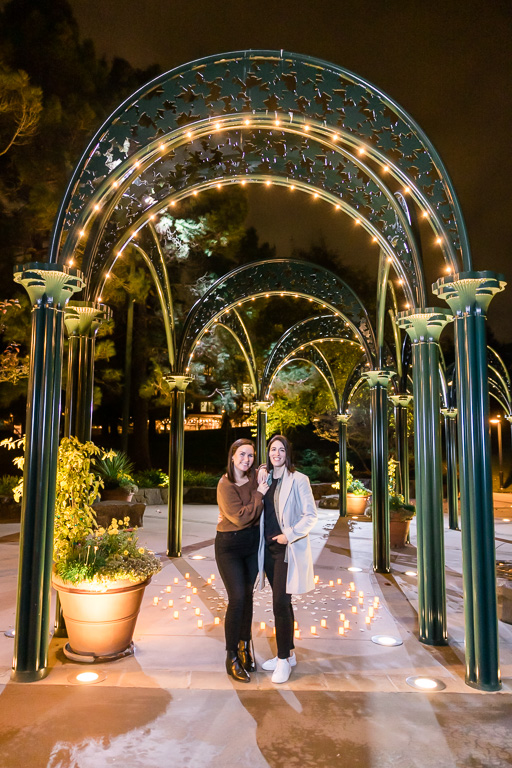 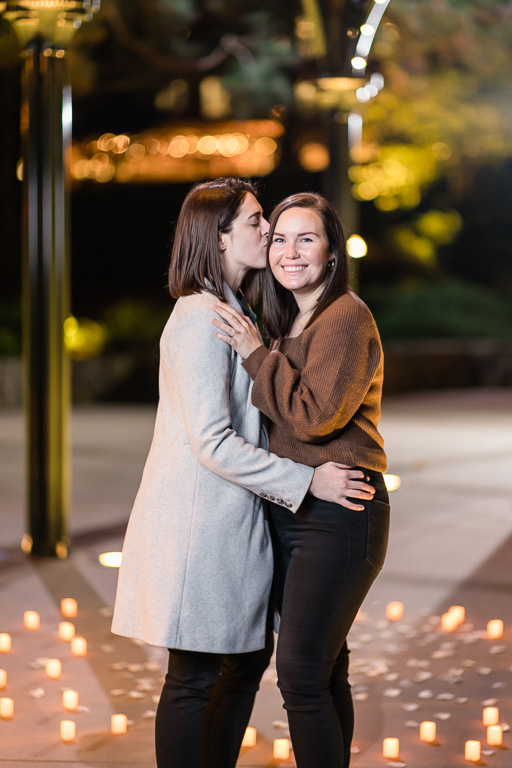 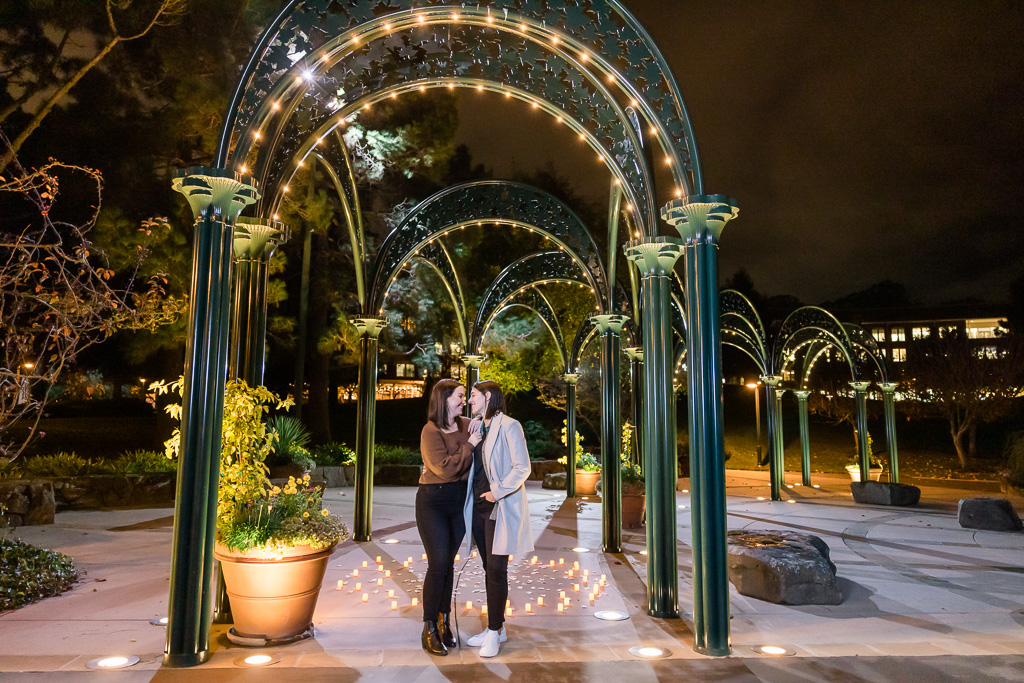